Nyami (Adopted child from past relationship.)

Red
Zentreya is a Roleplayer, streamer and VTuber.

Zentreya, was the leader and founder of the A.L.A, the Anti-Lewd Army. She was often called the Red Devil, who commands the most powerful military power and often seeks war, whether that's by disputes or because of Lewdest territory. She is considered violent yet conniving, but beneath the cold and manipulative exterior is something warm-hearted.

In Sept 2020 Zentreya announced the disbanding of the A.L.A. and her retiring from roleplay in VRChat.[1]

The strict silhouette of a ruthless leader, a blood-soaked suit, and an evil, scheming face, actually hides the true Zentreya underneath. Zentreya has been around the realms of VRChat forever, even when it was coming into existence, but has recently been getting more and more involved with recent confrontations in VRChat, and the community has sacredly opened their arms to welcome her into it, though she was part of it since she started a YouTube journey. She is considered good friends with Joey Bagels, Lanfear, Kuri, and the notable figures in the VRChat Community and several other members behind the scenes.

Born into a wealthy family, her father was a general of a large military, her mother a doctor who put all others above herself.

At the age of 7, she lost her mother to a disease, and her father disappeared. Left in despair, she was thrust into the military on her father's side. Unsatisfied and worn out, she abandoned the lifestyle a few months later.

She fell into a deep pit of loss, loneliness, and self-destruction. She began pleading for help. And she got an answer from something, something that has yet to be awakened, something sinister.

She enlisted into the military once again, this time with a new found spark. Unknown to why she developed a absolute hatred to everything lewd. Seeing this development, she was found unfit for combat in the military and thrown out. Years went by, she moved back into the family of Ashunera and Nimewe but felt different. The father of the two sisters, Magnanix, was something she did not approve of and left.

Fast forwarding years to the present (In a previous Cycle.)

Moving forward to the present, she began raising her own military power. She was cold and calculative, going as far as to execute members of her own military who even showed signs of lewd behavior without hesitation, earning her the nickname the Red Devil, with her glowing Red Hair and blood tattered clothes. She soon amassed a large enough army and raised her own banner under the name of the A.L.A., or Anti-Lewd Army with her best friend Punished Yang. She went even as far as announcing the eradication against anything lewd in VRChat in public and announced war against the L.4.L., the V.R.P.D., the VRChat Community, and even other members such as Shai, Ikrium, Kuri, Xigneon, Oathmeal, and Ryan.

Slowly she began taking control of small territories across the realms of VRChat (Metaverse). But it soon became an overwhelming fighting against large odds. Having no allies, she pushed her army back and holds a small fraction of some of the realms of VRChat. The adornment of her army usually brands the A.L.A. logo.

Recent developments have caused her to soften up though, with interactions from Lanfear, Oathmeal (Even though she still is wanted and teases her.), Kuri, and Ikrium, going as far as to even team up with them in light of the situation of 'Chipz/Lanfear situation' and assaulting the club, and even joining Joey Bagels in a meeting.

For some reason, when she and Joey Bagels met, she has changed even more. She still holds hatred for the lewds of the world but is suddenly having a large change of heart, even trying to grab at Joey's attention for "affection", and it's unknown if she wants to pursue Joey, stating that she feels like she is not compatible with anyone. But its clear that her mother's side is now taking over, showing mercy to others who she deems lewd, and she is finding herself more and more lost, unable to figure out what is causing this change of character.

She is slowly regaining her memories, going as far as to state to others that she is not blood-related nor even family. She still has not regained her memories of her Mother or Father because of the Cycle, but she hasn't gained enough to know that she doesn't remember growing up with them.

Zentreya's involvement in the Crossover Chronicle

Zentreya was said to be the cause of the whole 'Cycles going out of balance' by several sources involved. She apparently got too close to Joey Bagels, which upset Lanfear, sending the cat girl to go adventure on her own. (It was really just a huge misunderstanding.)

Since her sister's re-arrival, Zentreya has abandoned the A.L.A. base and now has a hide out she sleeps in. She also can not enter her own home due to either Abysma or the yet to be seen Carmella. Her recent dating of VII has lead to the same can of worms to be opened once more, as Carmella and Abysma are now back and ready to attempt to get Zentreya out of the way for Medusa.

Zentreya has recently been more paranoid now, even to the point of breakdowns, like she had recently, where she waited for VII to return, and set about, acting like a panicked house wife, before traveling to a playground and openly sobbing she can't have children.

She also has joined The Demon Dogs in an attempt to pay respects to her recently 'dead' friend, Sora Ichi, as well as possibly finding a safe place to hide. She also had a fondness for Nez, and treated the energetic Neko as her own offspring, and is severely devastated Nez died. But the small Neko is still watching her from the heavens.

Zentreya has expressed interest in doing a new A.L.A. based RP, but since has become a V-Tuber.

Zentreya has since started to visit VRChat's realms on and off, but has since become a V-tuber. Ever since she became a V-tuber, she joined a group called the VSW along with several others. Later, it was revealed she stepped down from the A.L.A. completely, and has even changed species to be a Dragon.

Zentreya, along with Silvervale, Nyannersz, ProjektMelody, and IronMouse, started a group called VShojo. Upon the debut of it, Zentreya gave all leadership rights to VSW to Cece (though all of VShojo is still under the VSW Team.). Zentreya originally kept her A.L.A. fashion and attitude, before joining in on the lewd shenanigans. Since she did, she lost the A.L.A. status (Officially retired as stated above.), and became a Dragon.

Though officially distancing herself from VRChat since the debut of VShojo, Zentreya joined the other members when exploring VRChat and for fan meet ups, according to Snuffy, she flexes her vast knowledge of VRChat maps and movements among the others.

It was revealed recently that Zentreya actually has a blood sister, only known as Medusa.

The family got weird when the daughter of PunishedYang was in actuality, Shiro. Shiro then adopted Zentreya, along with Kirbynite, Altreya, and Medusa, (It's unconfirmed if she's the biological mother of these four.). Shiro, being a den mother, slowly absorbed Nimewe as a children and stands as their surrogate mother.

Zentreya herself, adopted three children, who, sadly, died by Medusa's hand. These children were LuLu, Hoppi and Nez. Her only living child WAS Saranavii, whose father is Pookz.

She's also mad and jealous that Kirby got married and strangled Fruity Parfait when she finally met her. (This was in the Revamp Cycle.) And she promptly strangled her.

Zentreya, known as a Scheme-Machine, has multiple plans. Including: 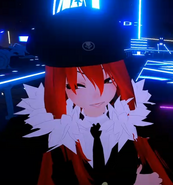 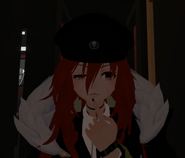 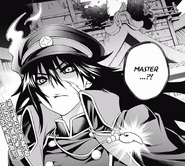 Zen with her little brother Kirbynite

Zentreya and her adopted daughter, Mako.