Wit of the Wastes

Male
Wit, also known as Wit of the Wastes, is a Troll who lives in the Wasteland outside of Salvation City.

He is an opportunist who takes payment for favors and “deals”. He was once a slave but has since then escaped, and now he serves in a cult called the Black Sands. What could his intentions and machinations be?

While attending the wedding between Sheila and Sir Polka, Wit happens across Thaddeus in The Undercity. The sovereign offers Wit the choice to draw a tarot card, which he does and draws The Fool. Thaddeus then explains to Wit this means he should keep his friends and enemies close as the fool can switch from tragedy to comedy and back again.

Later in the day Wit finds himself in The Uppercity and feels a mysterious energy flow over him, the pull of The Fool that seems to come from the Trident HQ. He coincidentally then comes across Miss Money and they walk to Atlantis together, but just past the Atlantis gates The Fool gives Wit a premonition and he sees the flash of a sniper scope high above them. He quickly grabs Miss Money as the sniper shot is fired towards them, and takes the bullet for her. He is immediatly dragged inside by Miss Money and fellow Atlantis employees, who call for medical attention before realizing that Wits bullet wound began to self-heal and he seemed to be recovering quickly. 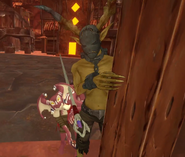 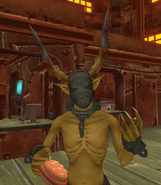 On top of a roof with Rikket and Sheila 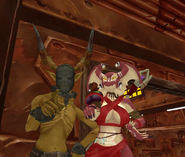 Attending the Thunderdome Arena in Scrap Town with Jorongo, Sean Ward and Anna 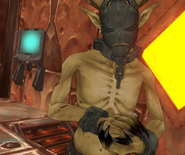 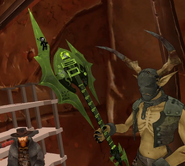