His most recent project is Callous Row RP where he assisted in creating the world and also participates in the roleplay as the character Carl “8” Clerk. You can watch edited episodes from the RP on his YouTube channel

WiFiPunk or simply 'WiFi' the character is a creative, smooth talking womaniser. He was known as 'Rob' Roflgator's apprentice and later his chief-scientist at The Golden Gator

He might appear human but is actually a human-like robot (android).

As a scientist and engineer he often invents solutions to Rob's problems - or cause new problems as a result of failed experiments.

History of WiFi - The character

WiFi was recruited by Roflgator on March 11th, 2018, when he was looking for someone suave enough to infiltrate Chipz 'friends' group during the 'harem' wars. His goal was to get the girls interested in other men one-by-one and to abandon Chipz. Rob's apprentice at the time, TumToes, had let him down too many times so he gave WiFi the test of 'cucking' his old apprentice (on TumToes' wedding day, even). WiFi succeeded in stealing TumToes' wife Best Gurl for the rest of the day, immediately after the wedding; Rob was very impressed by his womanizing skills, officially recruiting him as his apprentice.

With this new pupil, Rob would subsequently seek to mold and fine-tune WiFi's womanizing and pick-up artist skills by passing down some of his own knowledge (some of which was taught by Rob's own mentor, Arcadum) to him and instructing him on how to use such skills. Rob had hoped to use WiFi as a sort of secret weapon against Chipz' harem at the time.

Today, WiFi views Rob as a father-figure and regularly assists him in whatever scheme Rob has come up with.

WiFiPunk has a daughter named Netrosia from a past relationship with Loading in February 2018. Out of character, WiFi has called this his "longest RP".

He is known to have charmed many women (and some men), leading them to have fun in his self-made private maps such as a hamlet full of secrets and easter eggs and his apartment, without officially being in committed relationships with them:

The wedding with Paige and Rob's betrayal

Despite his many past rumps with numerous women, the bachelor would eventually settle down when he married his latest muse JKLMNOPaige on June 10th. During the wedding, he had instructed his mentor Rob to enter a separate room with a big red button and a warning sign, as a test of their relationship. Hilariously, things ended with WiFi having to rollback to a previous backup of his memory and use a new body, leading to even more hi-jinks.

Preparations before the wedding 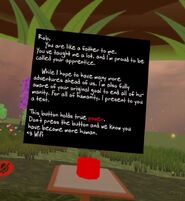 Rob presented with a choice... 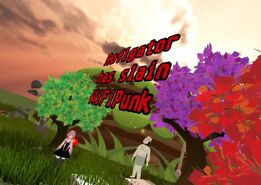 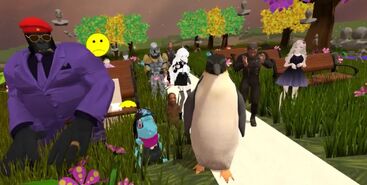 The wedding guests are in shock 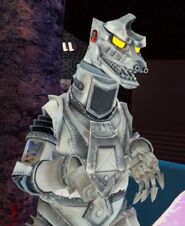 WiFi's old backup robot body. Having to back up his memories into a new vessel causes some amnesia

On August 27th, 2018 WiFi would debut a new location he bought with the money he won from Harly and Forceable's fight: Ikumi's Gym. While giving a tour to Rob and Pokelawls, he would reveal it's apart of a large complex that apparently breaks dimensions and also hosts a spaceship made for Rob.

The space ship was built as a way to recover Ikumi's lost body following her alien kidnapping.

He was murdered on Sept 30th, 2018 in the the power room of The Golden Gator. Who performed the deed remains unclear.

On Oct 29th, 2018 Roflgator received a phone call from him that stated he was calling as his digital self located in what can be assumed a cloud backup or another body. He asked him to investigate his murder.

The following day Rob and Hydrand were led to an abandoned makeshift abode where a backup of WiFi appeared to have been residing. He left many clues, trying to figure out who murdered him. Some pointed towards IceFoxx also called "Scuffed WiFi" as he shares some resemblance and usually wears a shirt with WiFi's name on it.

Rob tracked down IceFoxx and encouraged Mute Max to interrogate him. Together with Dante and Vexrathus they beat him bloody and battered but ended up without any useful information.

WiFi was replaced by PinkHarm as Rob's apprentice on December 4th, 2018.

'Sly' was a Tiefling illusionist who participated in Arcadum's Forbidden Knowledge RP group.

Carl Clerk or simply “8” for short is convenience store owner in Callous Row. His store has most general use goods, as well as the knowledge of getting hold of drugs that wouldn’t normally be sold in the open.

Edited episodes of events from Carl's point-of-view are available on his YouTube channel.

Rivett is a former toaster robot who serves as Fayes personal assistant. 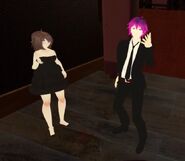 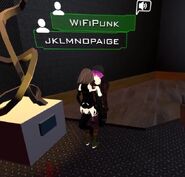 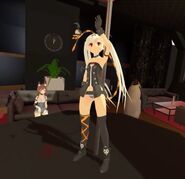 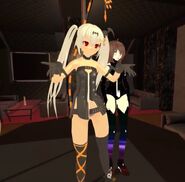 WiFi's trap body next to Paige 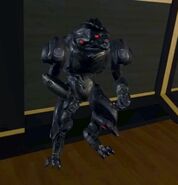 WiFi seen using another robot backup modeled after Roflgator's body. This spare body is notably of smaller size and presence than Roflgator's 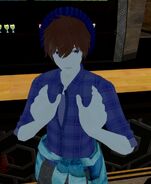 Scuffed WiFi (Not him)

S0ra and Wifi in the power room of The Golden Gator 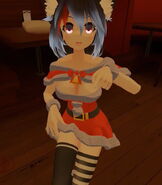 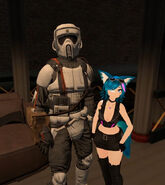 WiFi and Foreigner
Community content is available under CC-BY-SA unless otherwise noted.
Advertisement