"Hi there, Vintendo here, coming at you right now, live in the land of polygons!" ― Vintendo

Host of the Manchild Show

Vintendo runs a radio podcast show named The Manchild Show when he is not roleplaying as different characters or just being himself in VRChat.

Since late 2018 he seldom plays VRChat any more.

In the land of polygons Vintendo has been described as an alien from a different planet or the embodiment of a meme. He is known for his manly deep radio voice and silly personality.

He has grand stories to tell and presents them in epic movie trailer fashion. If you ask him what he has in his fanny pack he will go on and tell you about his personal life growing up showing family photos of him together with his mother.

He is a walking self-parody of himself and other streamers playing games and shamelessly plug his own Twitch stream on his shirt.

He met StealthRG in his Jessica persona on Feb 15th when visiting Kimple's litter box.

For a long while 'Rob' Roflgator tried to set him up with on different dates that he kept messing up. Eventually he caught a fancy for the 'girl' Voltage creating the shipping name 'Vintage' but after hilarious moments on April 30th, 2018, he blew his chances even in that department.

He is known to pull off a good Elvis impression when singing on the open mic stage.

During Season 3 of the Legends of Roflgator, Vintendo announced he had joined the police force, the Polygon Police Department. On June 13th, 2018 he recruited Rob, Buza, PandawanBear, Astree, NotValco, and others to the PPD after a hilariously scuffed orientation.

Don Vinchenzo Corleone Calzone is the mobster mafia boss of the Calzone family.

He used to be the landlord owner of The Great Pug until Rob acquired it completely from him. In revenge of Rob tricking him out of ownership of The Great Pug he instigated a mafia war and murdered Mishtal.

Vintendo is his nephew by blood but he treats him poorly.

'Uncle' Tommy Haze is a con artist putting up a friendly front until he can find a way to exploit you. If he doesn't manage to trick you out of your money he will pull out his gun and straight out rob you.

He carries a Tommy gun and is related to Vinchenzo in some way. Tommy would kidnap would kidnap Emerysaur and Kyana and attempt to hold them for ransom.

When Roflgator was infected by a virus affecting his mind, Tommy would use the opportunity to bamboozle him out of $50,000 in exchange for a claimed exorcism.

Tommy was shot to death by Foreigner in the showdown of May 29th, 2018.

During Season 2 of Legends of Roflgator, Vintendo donned numerous personas as demons, ghosts and ghouls to troll and torment Rob, whom believed that he had a virus or curse of sorts that made him see things that others couldn't.

The demons would either evade Rob, or corner him.

The unnamed police commissioner was the commissioner of the Polygon PD at the time Rob and his crew wanted to infiltrate a police force after Vintendo joined. Rob and crew would eventually seek to usurp the commissioner, arranging a meeting with him where they attempted to overthrow him. The commissioner would end up escaping out of the window, falling to his death. 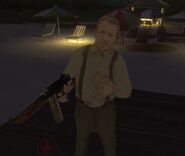 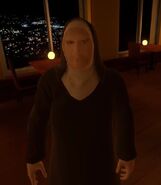 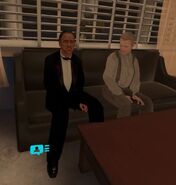 Don Vinchenzo and Uncle Tommy met their end on May 29th. 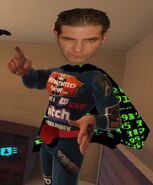 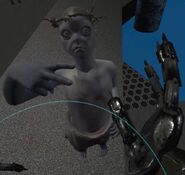 Portraying another demon to Rob 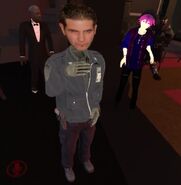 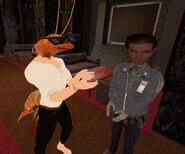