Victor is the "Hound" of the Vampire Council. Acting as both hunter and messenger Victor is trusted with the most important matters of the vampire houses. Victor holds no allegiance to any one individual, however he has a long history with Chipz and aids him when he can- even at his own expense.

During his time at the Ascension Academy Victor most often kept to himself, acting independently of his classmates and even his own Squad, Ignis, unless it was required of him. Coldly he tends to value and care for his own matters before anyone else's but listens to reason when wisdom dictates. Past Victor considers caring for friends and loved ones to be a weakness.

Passionate and dichotomous, present Victor was obedient and loyal to a fault. Raised as a servant he is used to following orders and used to serving those in higher power even if they are weaker than him. He is honored to be a vampire and would do anything in his power to strengthen his kin. The vampires are few in number, and regulated by rules put in place after they lost the war. He believes they are chained and basically being contained.

Victor was born noble house but a lower standing one; House Heinrich. Victor is the last member of the House. It's known by a few people, that his family was included in a Coup d'état. The Council found out and ordered Victor at a young age to kill his own family. The circumstances are unknown still, but this is what he's told people happened. In youth he was trained to be a butler for a higher vampire house. At a young age, he was scouted by the council and placed within their elite training program. He was trained since little by the Elder Vampire Godfrey who is closely related to the Vampire Council. As The world of vampires is very much who can backstab each other better, Vic labeled Godfrey as several titles: "Hound", "Reaver", "Spymaster". Later on the council ordered Godfrey to send Victor to Ascension Academy. He became the councils most trusted agent and became their "Hound". A title given to the current elite operative of the council.

In Victor's younger years he attended the Ascension Academy part of the Ignis Squad alongside many other students. He knows his fellow student Chipz from before the Academy, his family and vampire history; something that Chipz otherwise tends not to talk about with the other students.

The Vampire Council existed even during his time at the academy and Victor once threatened Chipz that if he broke "their deal" he would have him removed from the academy and his "master", having "her" banished from the council. What their deal is regarding or who exactly he was referring to is unclear.

During one of his talks with Vevina, she asked Victor if he can reveal one fact about him that others did not know about. She asked this because he wasn't present when everyone else was supposed to do it as a part of an activity. Victor revealed that he killed his entire family at age 5. He sneaked into their bedrooms and stabbed their hearts. He, proving his loyalty, did this for the sake of the Vampire Council since his family went against it at the time.

He formed a special bond with Melanie McDaniel who supplied him with blood, her own nonetheless. What might have become friendship or even a romance appears to have gone sour, turning into bitter resentment due to an altercation about trust.

Vevina Ciseris having needs as a were-spider was looking for something to eject and dispose of her excess venom into when he offered his hand to her. Not telling her the possible deeper problems this might pose she also drank some of his blood willingly. This formed a magical bond with serious ramifications for her that made themselves more clear the days that followed.

Victor was seen collecting blood samples of all the students on the Academy, missing a few ones and the ones from the teachers. after asked of his purpose he claimed that small amount of information he gained was not enough to please the Council so he needed a plan B just in case.

After The Culling Victor was tasked by Godrfrey to gather more information on The Darkness, Victor believes Godfrey wants more than information on the Darkness. He wants to use it himself outside of the Councils orders. Seeing this Vic wants to subvert his Master and instead help the Council. But after the events of Bump in the Night, he's already changing his plans. He's discovered that it's not just a weapon. It has a following, an army and what seems to be other entities that it gives power to and or controls. On the Culling he was also assigned a mission to prove his loyalty; kill the Headmaster.

During the Events of Return to Camp Cari his scar has awoken, ever since he named it "Vow" in Camp Cari and it's appearance changed upon the end of Aldoria during their journey back.

Since Chipz was cast out from the Vampire Council Victor has seemingly turned his back on them to side with his former peer in order to keep him safe.

During Chipz's absence, Victor has been making appearances every now and then, attending events and looking for any lead as to where Chipz could be.

Victor manages to find himself fighting a battle between a demon, a werewolf, and himself. After the battle, Victor has the need to drink some blood, and unluckily, someone named Dylan happened to come across him. Victor attacks Dylan, drinking his blood, and spares her only because she said that she was a part of Aegis.

Feeling a bit guilty, Victor arrives to Hybris' house in order to apologize to Dylan. Over there, he is confronted by Silas, who is angry that he attack Dylan, his apprentice. Victor breaks his finger off and offers it to Silas in order to make amends, but Silas takes out his holy blade and cuts off his entire hand instead. After the commotion, Victor managed to apologize to Dylan directly before leaving.

Victor as a pure blood vampire has show the same powers that he should have but he has been trained since his early days in a elite camp where they were built, trained and experienced far more than any normal kid would, and they suffered it together, tasked with many missions, a lot of those consisting of hunting down rogue or mad vampires. Following the vampire secrecy he hasn't used his true strength or speed in Ascension Academy hiding his true nature.

Victor is adept in various magic being blood magic on of his most used on, the abilities he has shown are: 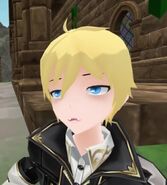 Young Victor at the Ascension Academy.

Student meeting at the academy with Eldrin, Speca, Vevina, Arbor, Lila and Chipz.

Victor negotiating with the steward

Informing Akiyama about the Shadow in the Crypt

Victory during the winter in Year 1.

Victor in the culling 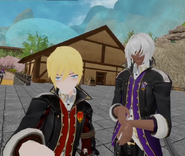 Victor relaxing with Esmae and Rin in the Crystal Thorn Cafe.

Victor in the charity event

Victor in the graveyard

Victor pointing his rapier to Rex

Victor in the class about Spirit Week 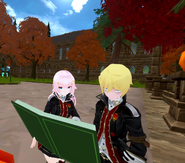 Victor and Gavin after a hard work day

Victor in the dark woods near the gates

Victor at the Gates of Faust 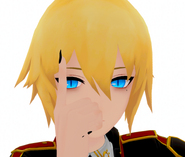 Victor on the Hart Ball 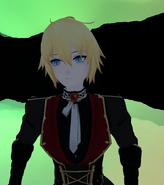 Victor in the new uniform

Victor and Lianda in the main hall

Victor at the portal 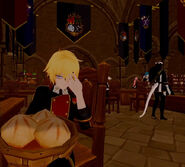 Visiting Neko Nights and it's proprietor Lanfear together with Eldrin and Chipz.

Victor and Eldrin along with Oblivious and Esmae busts Chipz out from capture by the Vampire Council.

Victor introducing himself to Silas 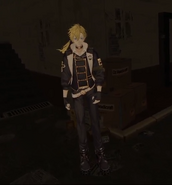 Victor in the city slums. 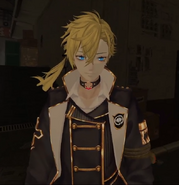