Female
Vicse is an artist, avatar creator and roleplayer in VRChat as well as a content creator known for his Kitsune OC in the community. He is one of the many content creators of VRChat who loves to hang out.

Kitsune Vicse is the official mother of Joey Bagels and Ryan, how a Kitsune can have a tomato and a human child is unknown. Vicse is one of Lanfears best friends and is often seen with her while on adventures or just chilling out.

Vicse's actual age is unknown and any records of her history have been lost but it is believed that she is one of the oldest Kitsune's in vrchat and as such has been referred to as "Mama Vicse" by many and is often looked towards to assist many people through challenges either with advice or direct assistance.  She has two sons in Ryan and Joey however records of their family history and upbringing were also lost, or kept secret all that is known was that their father was an influential member of the a mafia, that he was human and that he died a long time ago.

Vicse is rare among Kitsune in that she has lived a long time and may possess some hidden secrets yet to be revealed, what has been observed is that she is able to bring the best out in those close to her, she has also been seen granting those worthy with blessings or gifts that often change parts of their appearance.  She is an observer by nature and only takes action when needed to do so or when all else seems lost often resolving or stabilizing hopeless situations. She is kind yet mischievous with an odd and sometimes direct sense of humor, however those that have crossed her or those she cares about have been overcome with what could be described as an aura of dread that has made even the most strong willed back off.

In 2019 he took a liking to Lanfear and Oathmeal and often watches over them with guidance or just teasing them over time it developed into a close bond and see them both as her peers. She can be seen often visiting their nightclub and estate. Recently she has been spotted exploring and causing mischief around vrchat with her close friend Emmitt the android.

In 2020 he started visiting The Golden Gator together with Lanfear and IRON＄JEW occasionally participating in various roleplaying events and game shows.

As punishment for his team losing in a game night he was given the quirk to portray Lanfears #1 simp for a day at The Golden Gator on Aug 5th 2020. To spice it up he made an avatar of Meechs and turned up playing the role to perfection, maybe too well as he captured the ire from Lanfear who pulled a shotgun on him and Meech who delivered him many insults.[1]

A police officer in Bricktown. He has a very tough job cut out for him in trying to bring order to the chaotic and lawless city.

On Sept 23rd 2020 he was the officer on location for the murder of Bennie Calzone, the son of Binchenzo of the Calzone family.

Further information: Return of the Calzones

Blayne Penn is an information broker for the SONITII Corporation. He is Vicse's character in Callous Row RP. 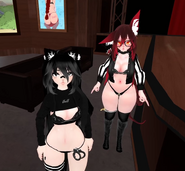 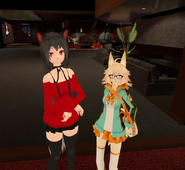 Participating in an improv-play The kidnapped princess together with Link EZ, Bobe and Meech 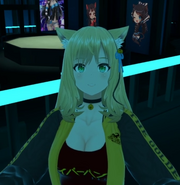 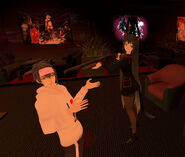