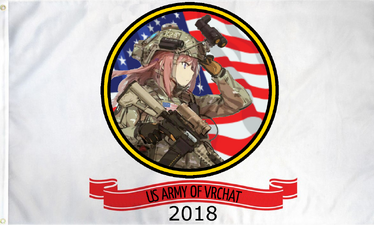 US Army Of VRchat

Upholding the values of a soldier.

US Army Of VRchat is a military group in the VRChat community. The choice of it's model's was different due to Waifu groups being as of late a large choice of selection within the VRC community. The Rossiskaya Imperiya Along with the US Army OF VRchat do not class them selves as a wifu community.

The US Army Of VRchat uses uniforms from the 21th century. Sporting the United States Olive Green as Dress and Modern Combat Uniforms

Add a photo to this gallery
Retrieved from "https://vrchat-legends.fandom.com/wiki/US_Army_Of_VRChat?oldid=105436"
Community content is available under CC-BY-SA unless otherwise noted.