The Army of Darkness

The Army of darkness is a group that participates in activities such as Dming, playing as extras/NPC, or other things necessary for the Ascension Academy RP.

This group was created to assist the principal group of Rpers depending on the necessities of the main RP events. The group was formerly called "group of extras" but in the Crypt mission, they received a new name: the Army of Darkness, something possibly hinting that the group members are subordinates of the principal villain of the history, The Darkness.

Appeared first after the students went to Esperia to ask for an Energy Keystones, he quickly showed his demeaning behavior presenting some traces of inferiority complex at his aggressiveness towards the students and most of the Ascension Academy teachers. Later on he was found to make many evil plots as he seem to be the one to made the Queen be mute so he can take control of the country and make all the decisions.

Principal antagonist of the mission in Camp Cari, the Dryad used his controlled skeletons to attack Camp Cari after the students invaded his Crypt, later on after the final fight it is revealed that he is Professor Willow lost brother, with the help of the last he seems to regain control of himself.

A higher up from the Inquisition, she as most of the members of the Inquisition despise Inhumans, she is the responsible for the Academy in Abagua, she is under the direct command of Prince Ali.

Deity of the church of Ymra, after the Aldoria Mission it begins to control students minds to to fulfil his unknown plan. The Academy fight to eradicate the evil church from its roots.

Intelligence officer on charge of the matters related to Ascension Academy in Duat. Later on he arrives at the academy to inspect the prospects and standards of the school.

Godfrey is the teacher and master of Victor, Chipz and now Lianda. After the end of Year 2 the was the one taking charge of the Gates of Faust instead of The Proctorate.

Dabbing bear behind the scenes

AoD in the CT run

Dryad in the tent

Putting the medical tent on fire 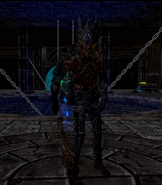 Closer look of the dryad

Dryad in the final fight 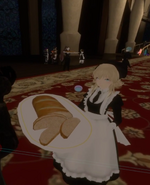 The Inquisition in the Camp of the Academy

Chilling in the pre-lobby
Community content is available under CC-BY-SA unless otherwise noted.