Not to be confused with: Taiga

“Just look at that. That evil grin. She looks thrilled. She’s so happy to have a place to fight. Without a doubt, she’s going to end up being the most horrible person I know. And she’ll probably also be one of my most reliable friends on the battlefield."

Leader of all FRTM forces

Leader and acting Supreme Commander of the Federation of Rossiyskaya in VRChat, He founded the FRTM to create an environment for true role play, for those looking for the ultimate experience. Using his skills in communication, leadership, and real life experience, he created a group so others can immerse in a life far from the normal.

He can usually be found wearing a custom FRTM uniform and highly decorated, when not in uniform they can be seen wearing traditional clothing that is almost never revealing with a Nagzz21 official Patreon armband and Rory Mercury head piece. The character used is from Blend S (Maika). The model was made from scratch by Taiga himself. When they do not have their hat on, fox/cat ears can be seen, but this is a very rare sight.

She takes what she wants within the limits of her code of conduct without regard for whom she hurts. She cares about tradition, loyalty, and order but not about freedom, dignity, or life. She plays by the rules but without mercy or compassion. She is comfortable in a hierarchy and would like to rule, but is willing to serve. She condemns others not according to their actions but according to race, religion, homeland, or social rank. She is loath to break laws or promises.

Born in the small town of Alexandrovsk Sakhalinsky, from the very beginning, Taiga was very dedicated in everything she did, she put her work ethic on a pedestal. She started out as a recruit in the old world order, rising through the ranks in a manner that was not normal, she was dedicated in all that she did and followed every order without question, later throughout her career the old leaders of the once thriving old European/Asian world fell into a depression, leaders gave questionable orders to keep some quiet and slaughtered thousands of civilians and military personal leading to failing cities, people, and social order. She saw this as an opportunity to rise up with her fellow military comrades and civilians and take control in order to see a better future! A coup d'état took place with Taiga in charge. The leaders of the old world were overthrown and a new era was to begin. After a successful coup d'état The Federation of Rossiyskaya was born shortly after the collapse, with Taiga being the new Commander of a now healing country.

Personality: On the outside, Taiga appears to be a very precocious young girl, who has been credited by many of her peers to be a model soldier and leader in both mindset and combat prowess. But deep inside, she is a highly cunning, calculating, manipulative, villainous, and sadistic individual. Especially when in battle against her enemies, she shows utter ruthlessness and blood lust. (It is known in her military and some others that some refer to her as "demonic".) Taiga also strongly disapproves of failure and disobedience from her subordinates. Due to her previous life of strictly following rules, she places immense value on her orders and wartime law. She feels no camaraderie, and she is generally revolutionary and nihilistic. This even applies to the soldiers that she herself commands. While she has little to no empathy for her fellow soldiers or her victims, Taiga still has a few standards: She will always help those in need but only if they help themselves first.... She loathes her superiors and peers who endanger men needlessly and detests wasteful military and government spending. She can be respectful in a lot of cases but when provoked, can cost dearly to those who do it. The sight of enemy nations who had no remorse attacking the federation but are ironically infuriated when they themselves are attacked made her very angry. When following the orders to destroy An old world enemy outpost in the past, in spite of civilians still present there, Taiga was willing to have the posts fleeing civilians caught in the artillery's crossfire. This was perhaps only in retaliation for their militia soldiers, who beat, tortured and shot unarmed and bound federation soldiers more for self-righteous "fun" than outright self-defense. She doesn't take pleasure in causing the death of civilians, but considered it necessary to have them terminated because she is fully aware that should any of them spared, they will eventually grow

to become the Federations enemies. People tend to avoid Taiga not due to fear, but due to being unknown what might happen when engaged.

She created the FRTM in the ending waves of the Waifu Wars in the beginning 2018 or (The Cold Waifu Wars), All of the the Waifu military forces in VRChat were at each other's throats due to toxic individuals that plagued the community, and still do to this day, although the Waifu Wars have long ended with many groups failing in its wake, the toxic people and groups still wander trying to stir it up again... these individuals continuously creating small faction groups with goals only to start drama and bring a negative atmosphere to the community. With that Taiga goes on continuing to promote a positive environment for all who join and continues the silent fight to defend those from the toxic individuals of the VRC community. All though there are those that oppose those positive views, Taiga marches on no matter what's in the way.

"Rationalism is not the only thing that drives human action. We are foolish creatures......."

"They say a thin line separates genius and madness."

"If there is a God who rules this world, it is a stern, solemn, and infinitely good being. A being that is far too great... God keeps forcing us to confront these cruel fates. As if those were the rules of this world. Thus, I declare once more... Oh, God... I'll slice you into tiny pieces and feed you to the pigs! Our battlefield is no place for that piece of sh** God! I think it's time we took over God's work. We soldiers will take God's place. Put the arrogant ass, God, out of the job! All right, troops... It is time for war!"

“As Taiga gazes at the enemy unit through her binoculars, shells plow the earth right where they were meant to, turning people into fertilizer. In other words, this is the correct way of waging war—taking organic life and rendering it past tense through the use of ammunition.”

“Those who can adapt to the sudden paradigm shift and new environments do. Obey the rules. Search for the loopholes. Sneer at the guidelines despite being bound by them. In the end, everyone learns that rules are necessary to make the system run smoothly.”

Brothers... sisters... I envy you, To fight the enemy of our nation, to face the people who deny us even our right to breath! Is an honor we all aspire to! Our flag means nothing if not held aloft by the hands of the mighty, and it is you who now carries it! If the leg goes bad It must be removed, If the kidney fails, it must be cut out... the body does not live for the individual organs... sometimes for the body to survive, parts of it must be lost! A good surgeon understands this... and I promise you this! Through your sacrifice FRTM will live on! Brothers and sisters of the Federation, As of today you are the hands of aggression, the teeth that bite and tear, you are the beating heart of this group, the vital organ that keeps FRTM alive! with your blood.......you nourish us all! We stand in an era of ignorance shamefulness and selfishness!

At the very precipice of destiny we are surrounded by drama and people who refuse to accept their delusional state, spread it to those who do not know better and cannot defend themselves... they do this to justify there invasion! But remember this, THE MAN WHO S

EEKS EXCUSES FOR HIS ACTIONS.... is doomed to fail..... Look up my brothers! gaze upon the stars, and what awaits us once we have dealt with these people...... we will have our fame! The time has come to claim our birth right, to rise up and take back what was stolen from us! We are FRTM! A name that strikes fear into all who hear it... we are NOT the monsters that they claim, but those who dare trespass on what's rightfully ours... we will be more frightful then even there worst nightmare! Our banner strikes fear into all who gaze upon it, and as you walk under it... know you are protected because the banner is held aloft by our family and its true brotherhood! These people, these wolves in disguise have stolen many things from us and were not thankful for it, and only want more. The smiles on there faces, but the knives hidden at there back! They talk of peace! but their diplomacy is just another word for thievery! We will not trade words with them, YOUR ACTIONS WILL MAKE OUR INTENTIONS CLEAR ENOUGH!

A citizen speaks of opportunity... the bureaucrat speaks of authority... and the diplomat speaks of policy.......... the soldier, does not speak, the soldier ACTS..... that is why its the soldier who wins the war! Many years ago, my father was asked, "Are you not afraid?" his reply! "I know why I am here, why should i be afraid?" Fear is born of uncertainty, We FRTM fear nothing because our purpose is clear and our path is certain! To be FRTM is to know your place in this community.... and from that certainty gives you the strength to conquer all who try us! My fellow FRTM family I want to remind you that we are a free people here, free of uncertainty, free from doubt, free and secure... and the absolute knowledge that we and we alone are capable of surviving the hardships of tomorrow that the FRTM alone are fit to lead above all else and all others through the hardships ahead!

These wolves are sick, poisoned by uncertainty they debate and they doubt, questioning themselves and others, always unwilling to see the problems that are right in front of them! We will make them see, and as we hold there heads in our hands, they will stare into the face of tomorrow, and they will FINALLY understand. These wolves are blind to the troubles of this community and in there ignorance they find comfort! Hope and faith are the rallying cry of the lazy the excuses of the weak, and yet the path that lies before us, all is hard and filled with the dangers as yet imagined....If these victims and FRTM are to make it through, it requires a people with unwavering resolve, a people tempered in there very fires of hardship! It requires the Federation! Stand strong my family! Za Rodinu!

~Playing trumpet, violin and the piano

~After the death of her good friend Shroder, She went into a deep depression that lasted several months 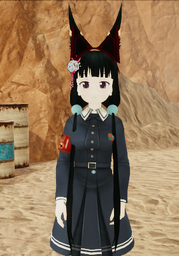 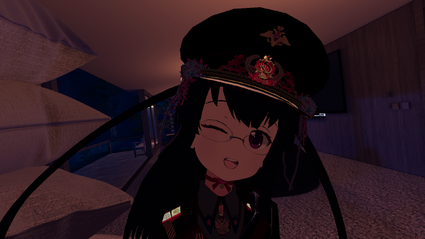 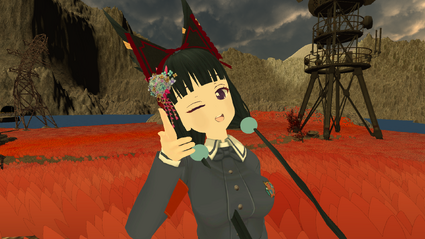 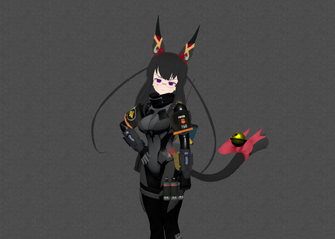