TRAVERSE is one of the ruling mega-corporations of the galaxy and is specialized in the manufacturing of transportation vehicles and space travel.

They are responsible for the jump gates and charge a hefty fee for their use.

On planet Hellion, their HQ is situated in the Upper City section of Salvation City.

TRAVERSE is the entity that has dedicated itself to spacecraft construction and transportation technology. They are also the leaders in production of exploration equipment.

TRAVERSE does not ground many troops, preferring instead to flex the might of its navy whenever times call for confrontation.

TRAVERSE is perhaps considered the "best" moral wise of all the entities. Caring for passengers safety and even a begrudging guarantee of passage once money has been paid.

TRAVERSE has performed a strange act of charity by freely updating the VIRTUANet with every new planet and system discovered, ironically leading to all cartography being free information.

TRAVERSE operated the jump gate that was attacked and occupied by the Illithari in Season 2. Ellek Myth was able to use his status as Acting CEO to provide the assault team with schematics for the gate's internal layout. 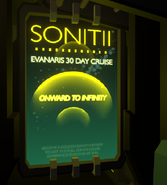