Stark Zephyr is a student at Ascension Academy with short, brown hair. He speaks in a sophisticated manner, and he wears glasses. His word choice makes others believe that he is always formal, but he doesn't try to, and that is just how he naturally is.

Stark Zephyr is the son of a wealthy trade organization run by his father William Zephyr. He was sent to the academy to expand his knowledge and find important partners for the business in the future. He is a Human with brown hair and green eyes and is a member of Crystal Thorn squad together with the new student Shizuko Nanteko.

Stark has the ability to communicate with his ring. Every now and then, he would start talking to the ring and treat it as if it was another person. 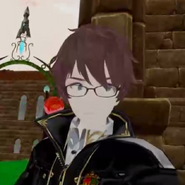 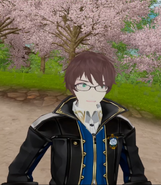 A not so friendly handshake with Melanie

Stark in the crypt 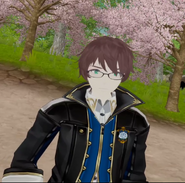 Stark in the beach island 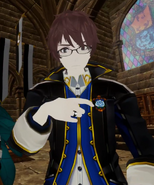 Stark being followed by the eye of Ymra

Stark talking to Flora in the dungeon 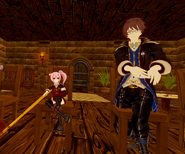 Stark tries the guns before the mission 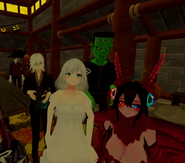 Zephy in Glamour day next to Vevina
Community content is available under CC-BY-SA unless otherwise noted.
Advertisement