'The guy of many characters'

Spellboy or 'Spelly' is a roleplayer and streamer, known as a man of many different characters. Chances are that if you meet him in-game and turn away for a while he will be portraying another character once you turn back.

He appears to have a preference for Doctors and Mad Scientist stereotypes and have portrayed at least 3 fitting that description in the past.

Spellboy joined The Gator RP group sometime for the first time in July 2018 through AJLiddell. Out-of-character they have been friends for many years.

History of Spellboy the character

Aside from portraying his wide variety of characters he is most known for his purple haired main-character, a regular at The Golden Gator 2020.

At the end of Nov 2018 he adopted an 'anime boy' persona who also worked as a doctor. He carried a medical bag at his hip with him at all times.

On Jan 20th, 2019 he was hired by S0ra to work at The Golden Gator. He replaced Mute Max who resigned to work at 8est instead.

On Feb 4th he was shrunk into a miniature person but tried to perform his job at the bar as well as possible. He got one of his eyes "scooped" out by a crazy person named George wielding a spoon as his weapon. After the unfortunate event he's left maimed and only has one eye remaining.

He went on another date with OlyPearlGirl on Feb 6th, 2019 and was wing-manned by both Meech and Roflgator. Klaatu tried to "cuck" him by accusing him of going after lolis but he dropped the charged after he proved his innocence. Following them getting serious he's attempted to get his then girlfriend hired as an assistant at the bar but Roflgator denied him.

He challenged and fought in the arena against Morph on Feb 17th, 2019. This was after he accused him of punching his girlfriend and disrespecting him. His coach Meech tried to pep him and prepare him as well as possible. This was his chance to get revenge but unfortunately he ended up loosing the battle. To his detriment Morphs reward was to be in charge of the bar for the whole week - free to boss him around.

He assisted with and invested in Bearlys Soda Pop entrepreneurship that eventually lead to a conflict in Bricktown.

Return to The Golden Gator 2020

Spellboy returned to work at the new Golden Gator 2020 on June 10th 2020 but was confused when he was questioned where he had gone. From his point-of-view the previous bar had seemingly never closed and he had been there working every day all along.

For some reason he kept being confused for SciFri by both Roflgator and TheBigMeech.

"Hitman" or just 'Chef' worked as a Chef at The Golden Gator serving food to it's patrons. He went through a confusing recruitment phase with Roflgator, the proprietor before being hired.

He's an officer working at the Bricktown Police Department.

He caught and arrested S0ra red-handed after he had robbed another newly recruited officer.

Spellboi64 is an old computer inhabiting an Artificial Intelligence. It has a superiority complex but acts inept in most situations.

He's a member of The Bricktown Blocks gang and runs an illegal hospital in an alleyway that provides questionable treatment, drugs and and second hand injections.

Living in the darker corners of Bricktown he succumbed to the contaminated water in the city and had his skin change color into green.

A wheelchair bound physician working under Hydrand at the Bricktown Hospital. He treated many injuries during his time - many of them caused by the corrupt administration itself.

He was eventually shot to death in the hospital lobby by Morocco.

Dr. Wily is a Mad Doctor type figure. He sewed back Moroccos hand after a terribly injury - he also constructed and fitted his other robotic arm.

He seemingly revived the dead Mute Max as a zombie on Nov 10th 2018 who later returned to The Golden Gator on Dec 14th. He offered no explanations to his revival but Arcadum offered diagnosis and "healing".

Also known as the Night Elf Quest Giver. He is a low level starter-zone questing NPC with a big question mark over his head. He remains at his post at the bar entrance offering Fetch quests or similar to brave adventurers.

It is possible that he's the legendary Ilthalaine.

Most quests are something along the line of kill X amount of enemies, retrieve Y amounts of item Z. Typically something like "20 bear asses" like many other of World of Warcraft quest givers.

Sometimes the quests appear to be of a more fun variety. For example on Mar 21st Kibby claims that he got a quest to watch the pole dancers on stage, he did not get a duration however.

Minto Wellaby is the chef and owner of the "Wildfire Diner" within the Fire district below Callous Row. Minto is Spellboys character for Callous Row RP.

An unknown character portrayed by Spellboy in The Wasted Time 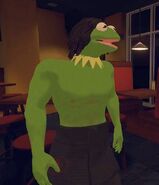 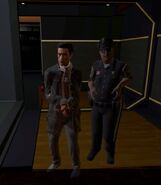 Officer Francis together with a detective (Portrayed by CoffeeBean) 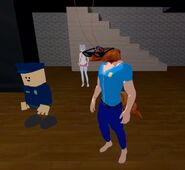 Police Block together with Shrimp 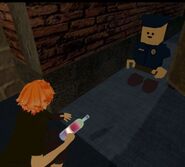 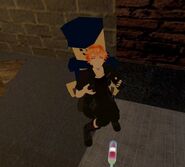 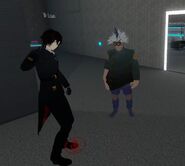 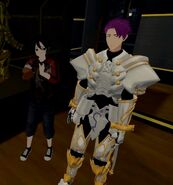 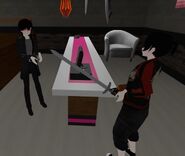 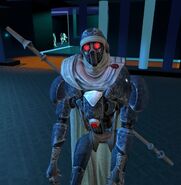 A visitor to The Galactic Gator

The Questgiver Ilthalaine offers quests to the visitors of the bar.

Portraying a character in the series The Dark Chronicles of Bricktown 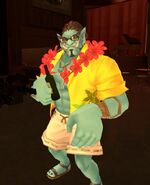 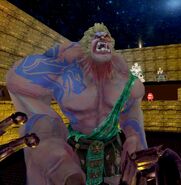 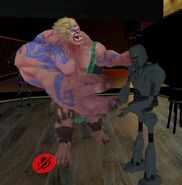 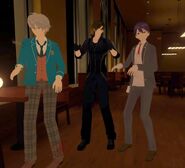 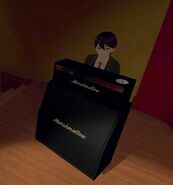 Hiding behind a guitar amp while being roasted on his special day. 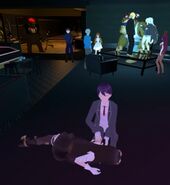 On a date with OlyPearlGirl.

Serving the patrons at The Golden Gator.

Together with Bearly presenting his Soda Pop business plan to Roflgator. 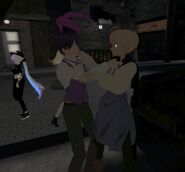 Arguing with Morph at the bar.

Getting coached by Meech. 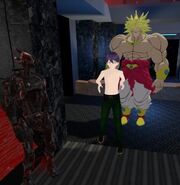 Spellboy getting ready for the fight with his coach Meech.

Fighting Morph in the Battle Arena 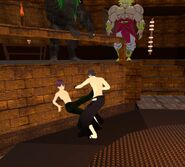 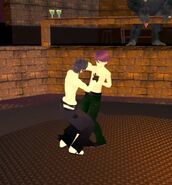 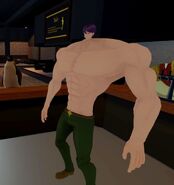 Beefy Spellboy has some kind of tattoo on his back. 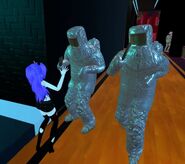 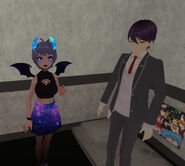 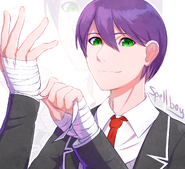 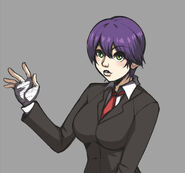 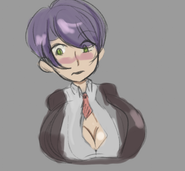