Purple
Speca is a purple haired witch who is a student at Ascension Academy. She is very jumpy and energetic often clinging to and hiding behind Augusta Anders the other student she transferred to Ascension with.

She started sharing her point-of-view on her YouTube channel from July 1st 2019.

Speca comes from a coven of 20 witches that travel by caravan. The caravan acts as her extended family. She believes her parents however who were part of a caravan are no longer around.

Speca transferred to Ascension Academy in order to learn more about magic and possibly find other witches. She along with Augusta Anders and Lily Matix were admitted on the same day.[1] She was introduced with Augusta a similarly colored haired student who she quickly became friends with after they both arrived at the school. She constantly hides behind her purple haired companion. She has gotten along with Arbor as the 3 students have now started sleeping in the same dorm together.

After Squad assignments she moved to the Ignis dorm and quickly got further acquainted with her new Squad mates Chipz, Esmae, Rook, Vevina and proceeded to read Victors fortune. She later shared a worry with Chipz about Victors fortune being really bad and troublesome but didn't feel it proper to disclose it without Victors permission. As Chipz expressed a worry about Hannah seemingly being upset after Squad assignments they agreed to help eachother out with her keeping an eye on Hannah for him and Chipz keeping an eye on Victor for her. She also read Esmae's fortune telling her that something is creeping up in her life where she will have to make a choice.[2]

She together with Chipz went into Melanie's room without her permission and found a bottle of blood with Victors name labeled on it. Chipz would later bring it up awkwardly and accidentally revealed to Melanie that they had been snooping around.[3]

She fought Melanie in a magical duel that was intended to be practice but ended with her injured in the infirmary. During the battle Melanie yelled at her that if she continues to help people who are trying to hurt her she would be loosing a finger. Before exploding in a magical blast.

Melanie would later apologize to her to which she responded by thanking her instead, for teaching her a lesson and saying that "what happened - needed to happen".[4]

She confided in Chipz sharing some details and he in turn told her that he wanted to be honest about something. He asked her to touch his chest where his heart should be where she felt no warmth or heartbeat. She accidentally called him a "blood sucker" after which he admitted to being a vampire like Victor however him being "turned" into one, not born. Chipz asked her if she had anything in her family book or knew of any magical way to reverse his condition. She said no but that she is searching for something that might be powerful enough to help him and asked for his trust. She asked that if she asked him to "do something for her" without explaining why, that might help her recover it. He agreed.[5] 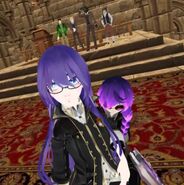 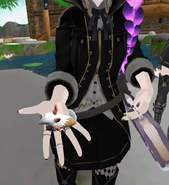 Augusta Anders, Speca, and Lily Matix on their first day. 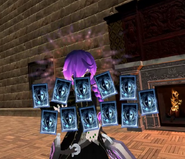 Speca runs around excited after the opening of the academy library

Overjoyed at seeing so many books! 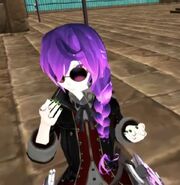 Toasting after the Squad assignments.

Meeting Human Roflgator and tricked to visit his world. 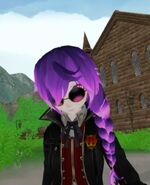 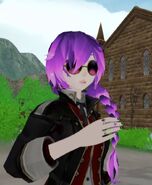 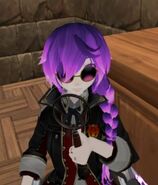 Melanie apologize to her. 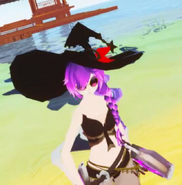 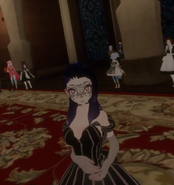 Speca at the Hart ball
Add a photo to this gallery

Speca and Shizu in the stadium 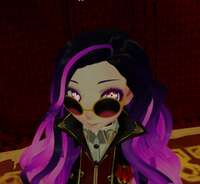 Speca drinking at the beach 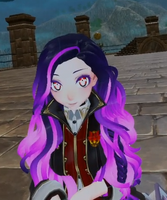 Speca on the roof.

Speca and Drake Flora at the beginning of Spirit Week

Vevina, Speca and Misty on the Timmy summoning
Add a photo to this gallery

Retrieved from "https://vrchat-legends.fandom.com/wiki/Speca?oldid=98411"
Community content is available under CC-BY-SA unless otherwise noted.