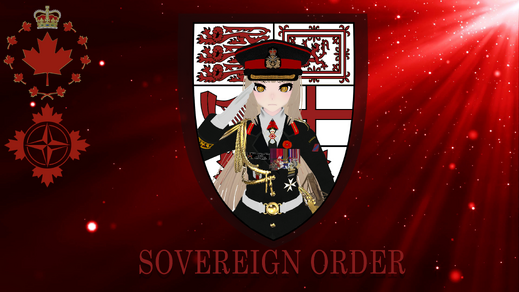 Sicherheit - Secretary to the Governor General

Giselher - Field Marshal of the Army

The Sovereign Order of Canada (SOC) is a Canadian-themed military group set in a modern universe in which the Cold War never ends. Like the real-life Canadian Army, the SOC strives to promote peace and prosperity, as well as teach the general populace of VRChat about the Canadian military and its culture.

Currently the SOC sports three fictional army regiments, along with a new and ever-expanding navy.

Political Anthem of the Sovereign Order

In the SOC, there are plenty of different events to keep things interesting. Our calendar is filled to the brim with all sorts of activities, whether it be trainings, qualification courses, games, hangouts, or much more! No matter what time zone one may be in, there's almost always an event to cover it. The SOC also periodically goes out on patrol throughout various maps in VRChat, which helps increase our presence and meet new people.

The Royal Corps of Architects works tirelessly to ensure all SOC maps are of the highest quality, and provides the SOC with state-of-the-art equipment and vehicles. Such amenities include fully functional Canadian weaponry, drivable LAV's and G-Wagons, as well as completely operational Leopard 2A6 tanks.

DISCLAIMER: Please note that this fictional timeline does not reflect upon real life events, and was created for roleplay purposes by the Sovereign Order's Lore Corps. Any happenings are strictly apolitical and as such, are not tied to any political organization or party. All events and characters that are portrayed on the Sovereign Order wiki are strictly fictional. Mentions of war and other acts may appear in this timeline, and further viewer discretion is advised.

World War II was the most lethal armed conflict in human history. The war resulted in 70 to 85 million deaths, with more civilians than military personnel killed. During this period in history, many British commonwealth nations were involved, including Canada, to fight against the Axis powers. During the blitz, the royal family moved to Canada on September 13th, 1940, as their security felt that the extensive bombing of British population centers was a threat to the monarchy's very existence. The war ended on September 2nd, 1945, with an axis defeat at the hands of the allied powers. The European continent split between two powerful states. West to allied forces and the East occupied by the USSR and its puppet states.

After the second world war ended, the royal family decided to remain in Canada as Britain was considered too politically turbulent for the royal family to return. Post-war Canada is shaped by a substantial economic boom as the British empire is now ruled over by Canada, causing many to migrate for Canada's suitable life. Canada loses some of its empires territory to independence movements during the 50s, such as Egypt and all regions in the Middle East.

The Vietnam war was a campaign that cost the US its military dominance. As the conflict continued the more opposition grew to send US soldiers into the jungles of Vietnam to fight against the communist Viet Cong. These protests caused the war to be observed as extremely unfavourable with the general public, which resulted in a significant number of people evading the draft and with the opposition gaining more support than ever. The war ended with the US withdrawing its reinforcements in 1973, with the troops returning in the months following. The fight went on without Canadian intervention due to the ongoing conflict in Quebec. The anti-war protests gained a significant amount of traction after the catastrophe during the Tet offensive as the violent attack cost the United States their foothold in Vietnam, additionally causing 54,000 casualties during the entire offensive. The USA is still a superpower in munition production and nuclear weapons. Still, public opinion for war is crushed with the US instead deciding to use its immense military industry to arm other NATO countries with affordable weapons.

Following the Vive le Quebec libre speech and with the poor economic state of Quebec, an extremist group was formed called the Quebec Liberation Front. The poor condition caused a two-year-long revolt that saw many atrocities committed by the QLF, such as bombings of civilians and the murder of many Canadian service members. After the revolution, the French language fell out of favour with the public, and Quebec was renamed West Britannia.

With the invasion of Afghanistan concluding with a Soviet victory in 1987, a large portion of the Middle East is under the Soviet sphere of influence. In response to the recent Soviet aggression, a new Pro Monarchist political party was established called the Sovereign Order, which was more focused on funding the Canadian military and preventing future expansion by the USSR. After the Sovereign Order first gained a majority popular vote in the 1988 election, the Canadian military focused heavily on intervention in the Middle East and the Arctic. The Armed Forces' budget increased to 6% of Canadian GDP.

Today, Canada's military is mainly focused on reclaiming occupied Soviet land throughout Europe, while keeping a major foothold in Allied territory. Various campaign missions have been created to combat malicious occupation throughout the world. 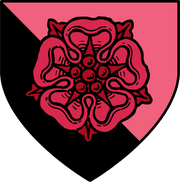 Like any Canadian Fusiliers grouping, the PRF serves as the primary light infantry regiment of the Sovereign Order. They specialize in the usage of the C7A2, and are trained in infantry combat tactics. 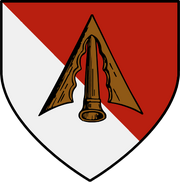 For those that have a craving for traditional values and explosives, the 72nd HAR provides artillery support to all Canadian troops. Main training revolves around the M777 Howitzer. 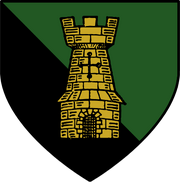 Keeping the grounds ever secure with supporting fire, the QLH serves as the army's primary armoured regiment. A battle is never fully complete without their thundering Canadian Leopard 2A6 tanks. 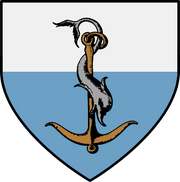 The HMCS Sovereign serves as the crown jewel of the Royal Canadian Navy's fleet, holding only the bravest pioneering sailors aboard her decks. As a battle-ready frigate, those who are assigned to this ship are expected to be alert and ready for enemy interactions at all times.

Deep within the heart of East Germany, allied Canadian Forces scouted out a Soviet encampment and took out major points of interest, resulting in a full-on Soviet defeat. Whatever Soviet forces remained managed to flee from the scene, informing their superiors of the Canadian victory.

Want to have a look at our in-game pictures? Take a look [here]!

Click [here] to view all characters belonging to the Sovereign Order.