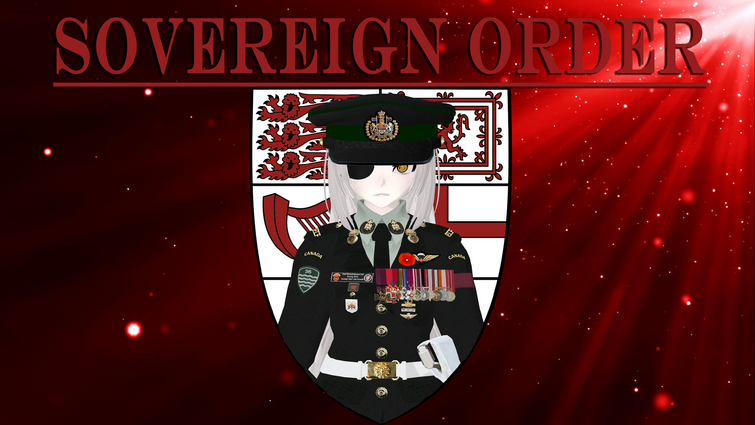 Multiple previous Scharzian era groups culminated into the first iteration of the Order, stemming back to 2017.

Vigilamus Pro Te (We Stand on Guard for Thee)

By order of precedence

To spread and promote Military Ethos, while bringing Peace and Truth

US Army Of VRChat

The Soviet Union and it's allies

The Sovereign Order (SO) is a Canadian-themed military group set in a modern universe in which the Cold War never ends. Like the real-life Canadian Army, the SO strives to promote peace and prosperity, as well as teach the general populace of VRChat about the Canadian military and its culture.

The Order offers a modernized section of the group, sporting modern Canadian CADPAT gear and accurate weaponry and vehicles. The selection of modern-themed events is extensive, and is the main theme the SO follows. The SO Developers are also working on a Great War (WW1) section of the community, sporting British-pattern Canadian Great War uniforms and kit, with Great War vehicles to follow.

The SO consists of an Infantry unit that teaches and roleplays infantry information and tactics, while a police regiment is in charge of keeping the Order safe, ensuring all who profess faith in the community are being treated to the highest of standards, never allowing corruption or hostility to breed its way into the ranks. As the Order grows and adds more time periods, more units will be added to create greater roleplay scenarios and provide members with more activities and things to learn and experience.

The Reformed Sovereign Order was Rott's response to the formation of several new communities. The SO exists to bring a new meaning to Waifu Group Roleplay, by seeking to fix the inherent issues of its past and collaborate with several other communities within the Waifu Sphere of Influence to achieve greater goals and make the overall waifu community a fun, safe and wholesome experience. Peace is the only way forward, and years of un-needed warfare and casualties have emblazoned that into the very soul of the Order.

Political Anthem of the Sovereign Order

DISCLAIMER: Please note that this fictional timeline does not reflect upon real life events, and was created for roleplay purposes by the Sovereign Order's Lore Corps. Any happenings are strictly apolitical and as such, are not tied to any political organization or party. All events and characters that are portrayed on the Sovereign Order wiki are strictly fictional. Mentions of war and other acts may appear in this timeline, and further viewer discretion is advised.

World War II was the most lethal armed conflict in human history. The war resulted in 70 to 85 million deaths, with more civilians than military personnel killed. During this period in history, many British commonwealth nations were involved, including Canada, to fight against the Axis powers. During the blitz, the royal family moved to Canada on September 13th, 1940, as their security felt that the extensive bombing of British population centers was a threat to the monarchy's very existence. The war ended on September 2nd, 1945, with an axis defeat at the hands of the allied powers. The European continent split between two powerful states. West to allied forces and the East occupied by the USSR and its puppet states.

After the second world war ended, the royal family decided to remain in Canada as Britain was considered too politically turbulent for the royal family to return. Post-war Canada is shaped by a substantial economic boom as the British empire is now ruled over by Canada, causing many to migrate for Canada's suitable life. Canada loses some of its empires territory to independence movements during the 50s, such as Egypt and all regions in the Middle East.

The Vietnam war was a campaign that cost the US its military dominance. As the conflict continued the more opposition grew to send US soldiers into the jungles of Vietnam to fight against the communist Viet Cong. These protests caused the war to be observed as extremely unfavourable with the general public, which resulted in a significant number of people evading the draft and with the opposition gaining more support than ever. The war ended with the US withdrawing its reinforcements in 1973, with the troops returning in the months following. The fight went on without Canadian intervention due to the ongoing conflict in Quebec. The anti-war protests gained a significant amount of traction after the catastrophe during the Tet offensive as the violent attack cost the United States their foothold in Vietnam, additionally causing 54,000 casualties during the entire offensive. The USA is still a superpower in munition production and nuclear weapons. Still, public opinion for war is crushed with the US instead deciding to use its immense military industry to arm other NATO countries with affordable weapons.

Following the Vive le Quebec libre speech and with the poor economic state of Quebec, an extremist group was formed called the Quebec Liberation Front. The poor condition caused a two-year-long revolt that saw many atrocities committed by the QLF, such as bombings of civilians and the murder of many Canadian service members. After the revolution, the French language fell out of favour with the public, and Quebec was renamed West Britannia.

With the invasion of Afghanistan concluding with a Soviet victory in 1987, a large portion of the Middle East is under the Soviet sphere of influence. In response to the recent Soviet aggression, a new Pro Monarchist political party was established called the Sovereign Order, which was more focused on funding the Canadian military and preventing future expansion by the USSR. After the Sovereign Order first gained a majority popular vote in the 1988 election, the Canadian military focused heavily on intervention in the Middle East and the Arctic. The Armed Forces' budget increased to 6% of Canadian GDP.

Today, Canada's military is mainly focused on reclaiming occupied Soviet land throughout Europe, while keeping a major foothold in Allied territory. Various campaign missions have been created to combat malicious occupation throughout the world.

Deep within the heart of East Germany, allied Canadian Forces scouted out a Soviet encampment and took out major points of interest, resulting in a full-on Soviet defeat. Whatever Soviet forces remained managed to flee from the scene, informing their superiors of the Canadian victory. 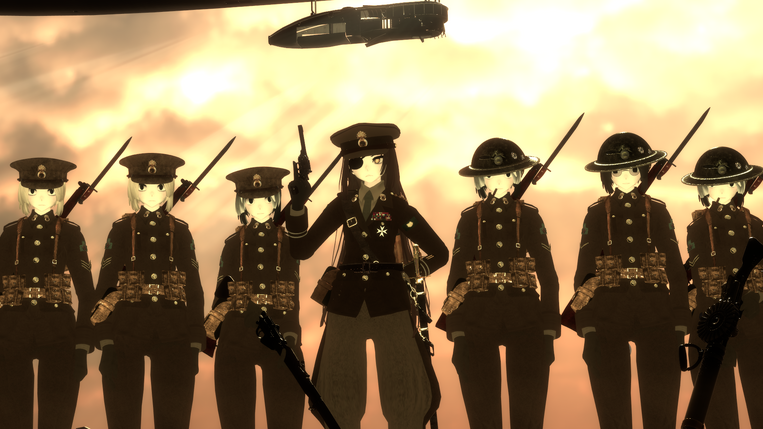 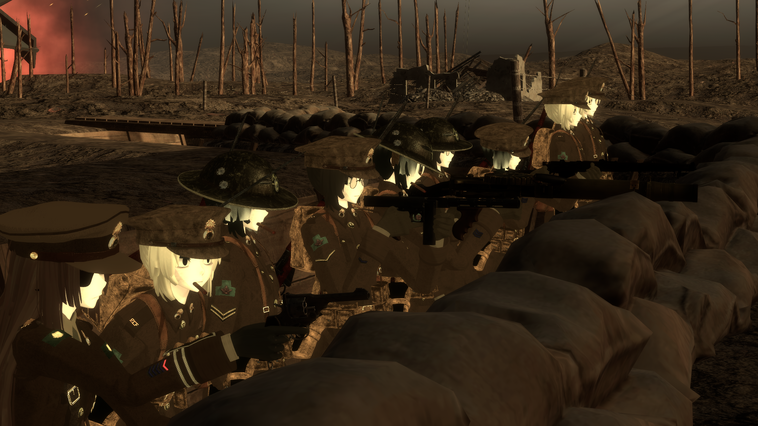 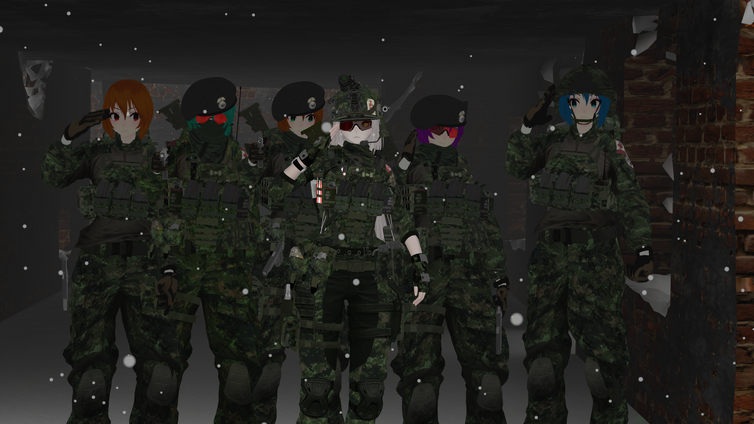 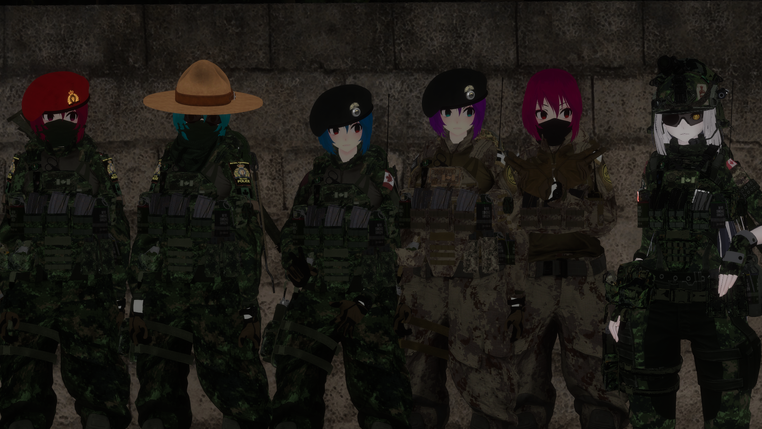 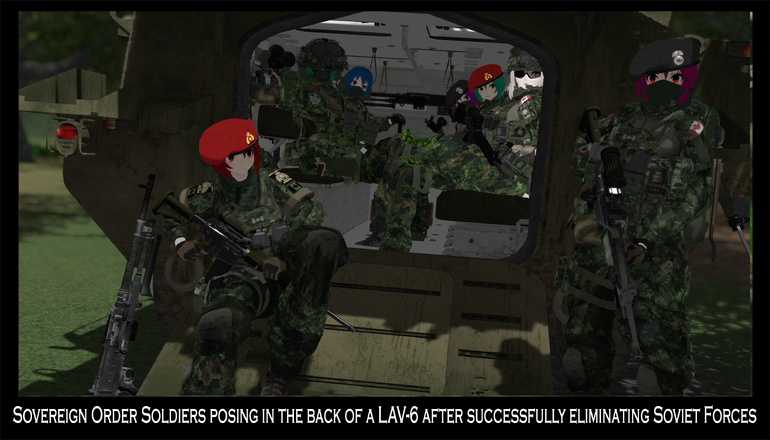