Former Leader of the Imperial Waifu Army, he founded and built his WW1 RolePlay group using his social communicability skills, immersing others on a pathway directed towards the same envisioned goals. Has a big interest in Art / Literature / Psychology / Architecture and Philosophy.

Very spontaneous personality that can quickly change at any given time. [Chaotic good]

Always seeks to aid the ones in need, even if it means putting the wishes of others above his own.

☀[Ruling monarch of The United Prussian and German Empire]☀

When he first started VRchat, he was on a search for the most suitable character role, that would fit both his field of interests and personality characteristics.

After choosing his role as the General of the German and Prussian army, he got closer to the idea of forming his military group within VRChat.

Right before he founded the group he met a user named kITE_ who played an important role during the groups creation process, kITE_ acted as emotional support for Smauffle, when he first started experimenting and coming up with many different ideas.

Many people started to get interested in the groups concept and decided to join Smauffle in his journey.

[The Imperial Waifu Army was formed week prior to the birth of the Ugandan Knuckles meme, making it their target of choice]

Under the same interests of History and Military, people passionately followed Smauffle through all the raids and hunts directed towards ''The Ugandan Knuckles'' this way receiving a big amount of support from other users of the VRChat community.

over 350+ new members joined the cause, due to the fact that at that time Smauffle was the only one managing all the group activities and structure, it resulted in 3 sleepless nights where he was replying to user concerns and questions as well as uploading over 300+ VRChat models on user accounts.

The group is currently standing 800+ members strong, ''Roleplaying'' events are being held within VRChat and any other games of communities interest. 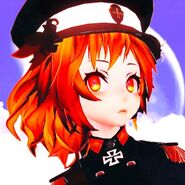 Smauffle and his personal guards 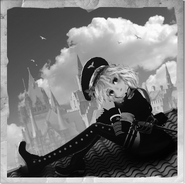 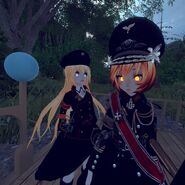 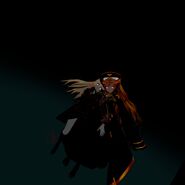 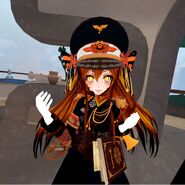