Shinikami is perhaps most known for his spot on portrayal and impersonation of Goku from the Dragon Ball universe.

He is often spotted together with Mega G Wolf who portrays a convincing Vegeta.

He visited Roflgator hosting Necro Nights on Aug 10th, 2019 and later showed off his near perfect Goku impersonation on Aug 19th.

On Sept 11th 2020 he went on a date with SevyCelebnaur at The Golden Gator.

When visiting The Golden Gator on Sept 19th 2020 he was offered a potential job as the police force in Bricktown but was uncertain about accepting such a proposal as he might not be able to fight people openly any longer with those responsibilities.

On Sept 25th 2020 together with Mega G Wolf he was hired by Officer Milton to work as police for the Bricktown police force. He painted on a sheriffs badge on his back using crayons.

Shinikami's female/trap character from early 2018. The character is seldom portrayed by Shin any longer and appears to be largely abandoned.

Ian Carthwright Du Pont is a part of the "Quick Reaction Force" for the ATLANTIS Corporation. For all intensive purposes he's a corporate sanctioned hitman. He is Shini's character for Callous Row RP.

Goku in The Great Pug 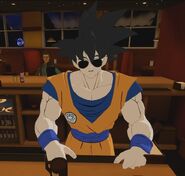 With Ninjakikio showing their 0turan themed "loli" avatars back in March 2018. 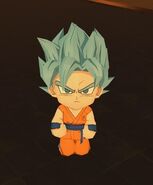 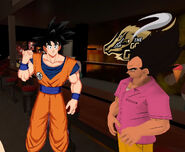 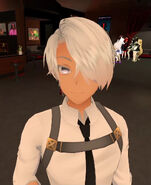 On a date with SevyCelebnaur 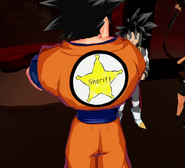