Synthetic
Soma does not stream his point of view but records and uploads sessions to YouTube afterwards.

Originally an unnamed Shometsu security synth he was named "Corporal Jonathan" by FL0UND3R during the Trident Gala in the Upper City.

Since getting upgraded by Daitus Obrellum, he's often seen by his side or together with other Shometsu employees or synths such as Kraver Carabass or Atlas, acting as their enforcer.

Guarding Daitus Obrellum, Mercury and Atlas while in Scrap Town 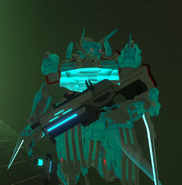 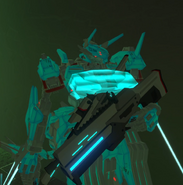