Once a successful and well liked synthetic that was on a televised daredevil stunt show now staves off the wear of time deactivated in an old and decrepit storehouse for an unknown amount of years. One day, the storehouse was broken into and emptied into the wasteland. SP was tossed a long way but managed to survive the impact in one piece, despite his inner hydraulics being severely damaged.

Now...he awakes after years and seeks out a way to make it back to where he once was...in the eyes of the people all across the galaxy. 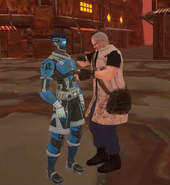 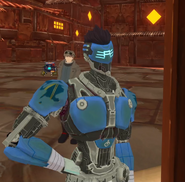 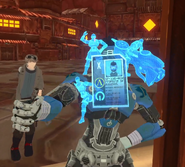 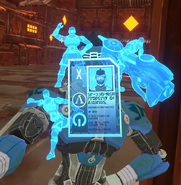