Rivett was originally built for functionality as a toaster, but a defect in the line of toasters rendered the entire line useless. While the majority of these toasters were discarded, some were scavenged and distributed via budget distribution centers to areas such as The Row where citizens were unlikely to ever stay alive long enough to attempt to use them. One fateful day Faye acquired one of these toasters from the trash and after disgruntle failing to get it to make toast she took it apart and restructured it into something useful. A killer robot. Upon Faye's father's discovery of the nearly finished build while tucking Faye into bed one night an agreement was struck between the two. Faye would be allowed to keep the robot if the kill functions were removed.[1] 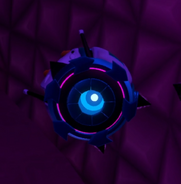 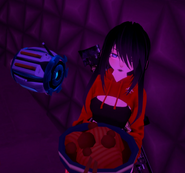 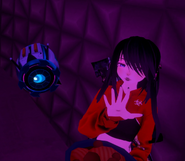 At the bank with Jimothy and Faye

Sneaking around the TraVerse offices in the Upper City with Faye 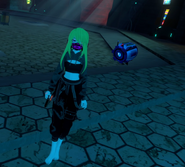 Rivett got an arm upgrade! 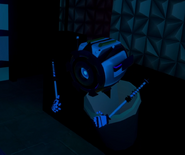