Any and all Imperial factions

The Principality of Gallia, also known as Gallian Militia, was founded on April 4th, 2018 by Wolfgrom and WOWOWpenguins, and has around 120 members. It is a peace-promoting and friendship-based community who are known in VRchat by their Valkyria Chronicles uniforms, on which the group is based. They also have their own Twitter page.

On June 6th, 2020, The original Discord server was terminated, due to infighting, neglectment by new recruits and further internal issues concerning NCO's and CO's. As such, the governing system of the Principality of Gallia has been revised, a new hub had been created.

All members are put under a differing squad, depending on their traits and performances. Allegiance to which squad can be identified by the patch on every member's left shoulder. All squads are put underneath a regiment, which is overlooked by a captain. All regiments are ultimately governed by Col. Welkin Gunther and Headmaster Zaka.

The Seventh platoon of the 2nd Regiment, and the catalyst from which the Militia originated. Classified as Gallia's Elite Infantery unit, governed by Lt. Daerden. Being the original Squad of the Principality, it holds a sense of nostalgia for the old guard, hence it gets glorified as the Principality's greatest military force.

The First platoon of the Militia's 2nd Regiment, commanded by Sir Althalos. Originally a support for Squad 7, until it, part the commander, got completely demollished at the Battle of Naggiar. Afterwards, Landzaat's Squad was reformed under the Principality of Gallia as their Stealth Infantery. First into combat designed for recon and S&D missions.

The Militia's transport squad under the 2nd Regiment, commanded by Lt. Cthulhu. Originally commanded by Isara Gunther, who's kemono girl likeness' adorn the Squad 5 insignia. Classified as Mechanized Infantery, they transport troops and cargo across the battlefield. They deploy APC's and other light armoured vehicles to complete their missions.

The primary criminal penal squad, commanded by Lt. Milton, assigned under the 4th Regiment. This squad solely consists of deadly criminals turned to fight for the Principality. Unlike the 2nd Regiment squads, they wear black uniforms, and are assigned a number, by which they are called upon and referred by.

Private mercenary squadron, led by Lt. Hawkins. Know for their ruthlessness and desert warfare expertise, they received widespread notoriety when a group of its employees killed 14 civilians and injured 20 in Daws Desert for which four commandos were convicted in a Federation court.

Their full designation being Edinburh Army 101st Division, 1st Battle Brigade, 32nd Armored Regiment,8th Regiment, Platoon E. Being part of the the Atlantic Federation's vast army, they joined the Principality of Gallia to help combat against the Imperial threat. Under command of Lt. Cowley.

The naval force of the Gallian Militia, now under Squad E command. They man a battleship developed in secret by the Edinburgh Navy, with help from Vinland. Three were built, but after the Battle at Schwartzgrad, only the Centurion remained. This ship boasts a giant rotating ram, capable of breaking through dense ice and giving it amphibian capabilities. They are also in posession of an Imperial submarine cruiser, refurbished and repurposed with help from Squad 9, named the Magnus.

The community uses a ranking system for all of it's members, based on activity within the militia. A member's rank can be determined by the insignia on their right shoulder, exceptions being Squad E and the penal squads. These ranks are;

There are also 8 classes, which determine your role on the battlefield, and can be determined by the insignia on each member's back.

There is also the tank commander and Valkyria class, but these get determined by the Commissioned Officers.

(Notice: only members with pages are found in this list, former and retired members have an asterisk in front of their name)

The militia has a couple of worlds, these being; 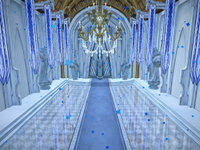 The Royal Courtroom of Gallia. 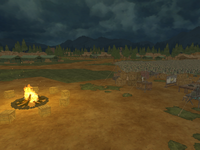 An outside militia headquarters camp. 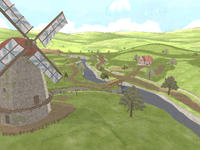 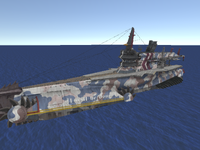 The Centurion, an Artic icebreaker, courtesy of the Gallian Navy. 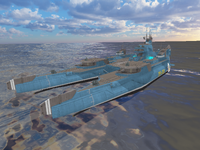 The militia has mission and excursions which will be posted ahead of time on the group Discord server. 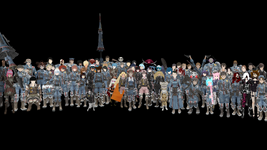 Group picture of certain members from all squads.(2018) 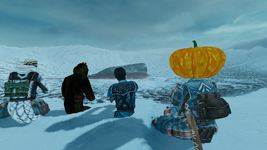 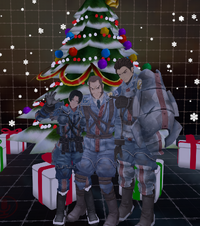 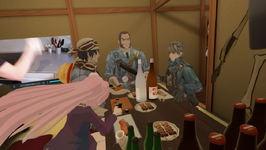 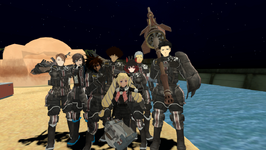 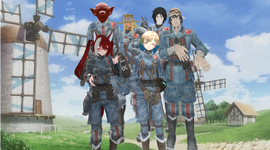 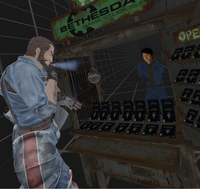 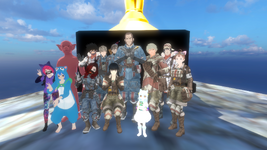 The survivors of the climbing excursion. 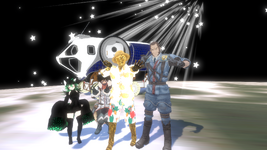 The few who made it to the moon on the second Climbing Carnival excursion. 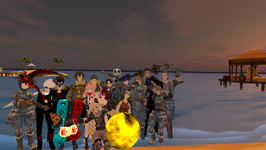 Picture of the beach visit from Sq.7 and E. 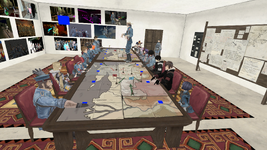 The first ever staff meeting in VRChat. 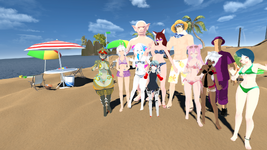 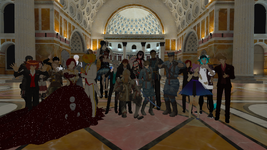 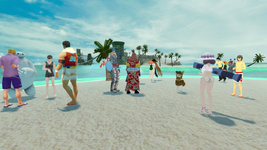 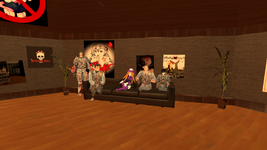 Members hunting down Gapp at The Royal Gator. 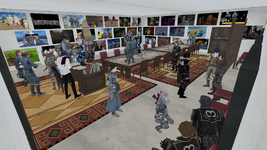 One of the weekly meetings. 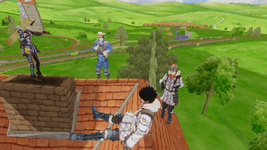 Members resting in the outskirt of Bruhl. 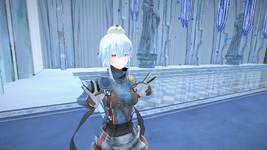 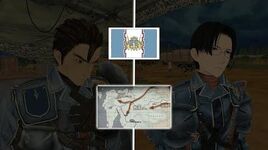 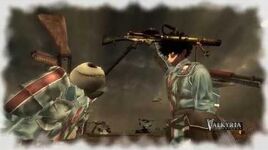 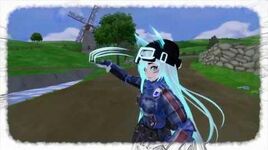 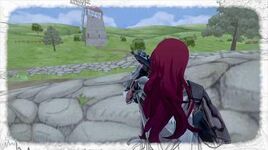 Outskirts of Bruhl
Community content is available under CC-BY-SA unless otherwise noted.
Advertisement