Closed since Mar 2020
Necro Nights is a night club that was opened by Human Roflgator on June 9th, 2019 as a part parody, part inspired by Neko Nights Club but with an undead theme, much like the focus of the character "Zombie Girl" portrayed by HelloKitten.

The whole map was remade from scratch in 2020 by Roflgator.

During the opening Human Roflgator would wing-man for Dellor and host a multitude of various Undead characters, Zombies, Vampires and Demons among them. Everyone from the Gator RP Group were asked to come as characters with "undead" as their theme.

The opening night held a competition and talent show where Dellor acted as judge. The winner ended up being PIKA for her dancing.

On Oct 6th, 2019 Roflgator recorded a promo for Neko Nights with Ms Mistilia dancing. The idea was to possibly host exclusive night club event with entrance fees and intimate dances.

On Mar 20th 2020 Roflgator released his completely remade version of the map that he had been working on for months. On Mar 30th Pokelawls invited xQc, Sodapoppin and HasanAbi to join them in the night club.

The Necro Nights Mascot is a special avatar model created by Kareeda for Roflgator. The design of the mascot was carefully chosen and drawn by Sorry. Since its creation ♡Void♡ often uses this avatar.

The mascot is a public avatar that can be found in Kareeda's World. 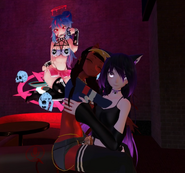 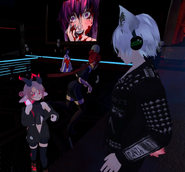 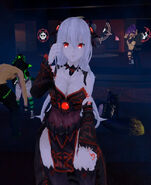 NSongo in a themed outfit

Xuma in a themed outfit 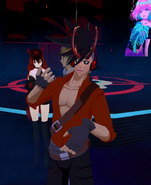 BebopSloan in a themed outfit

Rogue in a themed outfit 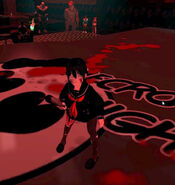 Dellor and Hachiko, Vore in the background.

PIKA is announced as the winner.

A council of "Robs" appear at the bar. 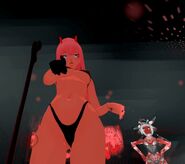 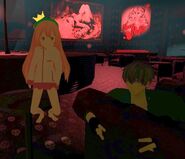 Vigor and Norii at Necro Nights 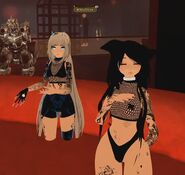