"Can I please take your order, sir?" ― Mishtal working at The Great Pug

"Chipz, this is your conscience speaking. Go to f-ing sleep!" ― Mishtal

"All Hell will lose." ― Mishtal, screwing up her delivery

Usually Green, but has varied

From appearance, she looks human but claimed that she is a Selkie (seal folk from Scottish mythology) on May 1st. She is happily married to NgnTimmeh and enjoys her work.

Mishtal was one of the long-term faithful employees of The Great Pug working multiple positions as both bartender and waitress.

Before meeting Roflgator and Chipz

Mishtal used to work in the Void Club as a dancer. She hated it because she had to wear skimpy outfits to attract customers. She met Rob and Ikumi at the Void Club on February 16th during their Public World hopping. Initially, Rob thought that she was a trap.

She accepted the job offer at the Great Pug, there she met Chipz and they danced together forming a pact as his Conscience.

Life and work at The Great Pug

Before she start working in The Great Pug, she was hired by Rob to work as a babysitter/nanny for small Jor Rilla and Miggy at one of Rob's vacation houses.

She was also an Accountant, who handled Rob's taxes and debts to the bank.

Although always promoting a wholesome side she is known to have appeared at work dressed up in both a bunny and a nurse outfit. She enjoys dressing up and has many outfits.

She often talks tough, is sometimes quick to lash out with low swinging jabs but letting her actions do the talking, she is both caring and kind.

As the Conscience of Chipz

She diffused a fight between Chipz and Tully when Rob's Posse and Chipz's 'friends' were hanging out at the Snow Cabin on February 24th. Chipz almost shot Tully but thanks to her, she prevented loss of life. She also caught Chipz and Tully trying to eavesdrop on Rob's conversation with his Posse.

Rob invited everyone to his home world, the Club Rogue on February 26th. Mishtal was wearing her Nurse outfit, having fun and dancing with everyone. Chipz saw her in the cage and asked what she's doing. She yelled at him and told him that she can do whatever she want. On the same day, Chipz and Tully had a gun draw regarding about Chipz stealing all the women. She managed to calm him down but in return Chipz wanted a kiss from the conscience, which makes her feel uncomfortable and ran away whenever he tried to make advances towards her.

On March 7th, Chipz continued partying with his group of 'friends' after several days without proper sleep. Mishtal followed him and came up to him and yelled at him to go to sleep. She gave him a 5 minute deadline to wrap everything up and shooed his 'friends' away from him

Whenever Chipz were on personal one-on-one dates with any of the girls, stayed out of it and gave him space instead of telling him what to do.

Shaky relations with Rob and his 'posse'

Her friendship with Chipz cast a dark shadow during the 'Harem Wars' and it got her in trouble with Roflgator. For a couple of days due to the rivalry between Rob and Chipz, she was cast out of the Rob's Posse. While cast out, she dressed in her FBI agent outfit and checks on everyone to make sure they're alright.

Rob eventually realized that The Great Pug became a mess without the dedicated Mishtal to care for it and accepted her back.

On April 18th, she received a clue of the missing Space Whale and she give to Rob so they could find him. She is sometimes seen hanging out with Space Whale, but it's a mystery what they usually talk about.

She was nominated and won as the Employee of the Month award for May.

Mishtal got upset when Rob did not choose her to be the manager for The Great Pug while he went away for a week. Instead, he chose 'Spiderman' Porthunax and Chipz. She started thrashing the place and throwing the pillows to unleash her frustration because she never gets promoted.

She was murdered while attending an improv performance titled 'Ripz' during the Mafia Wars.

Her murderer Don Vinchenzo shot her openly in cold blood on May 23rd as a result of the conflict with the Calzone family.

Since her murder, her ghost was allegedly haunting both Rob and Chipz; Rob, in particular, was regularly tormented by Mishtal's supposed apparition that only he seems to notice, leaving others dumbfounded. These alleged strange sightings of the ghost of Mishtal in a black veil outfit have also been reportedly seen to be haunting Chipz and his club.

Rob confessed to everyone who is present on Jor Rilla and Spacebabe's wedding that he was behind the killing of Mishtal.

On Aug 15th Roflgator used his portal magic from Arcadums chains to visit hell and brought back Mishtal. When he found her she was in a demonic form acting strangely. When brought back the The Golden Gator she said she required new bodies to possess in order to become somewhat normal again.

Being a demon she was chased after by the Doom Guy, an apparent demon hunter responsible for several murders at The Golden Gator.

Since her death she has played as different characters in RP. 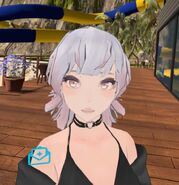 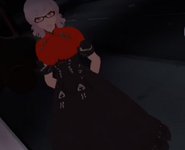 OG Mishtal in her wholesome outfit

OG Mishtal in her Oriental dress, telling Chipz to go to f*cking sleep. 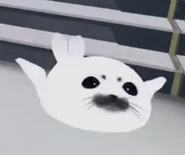 Mishtal as a White Seal 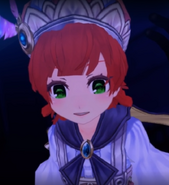 Mishtal as Bunny Maid. Shrimp called her "Mishball" in this model as her hairstyle reminded him of a meatball 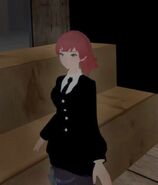 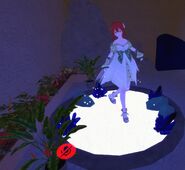 Mishtal's outfit during Zurui and Lumi's wedding (taken from her Twitter) 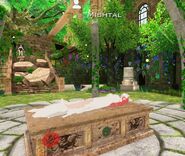 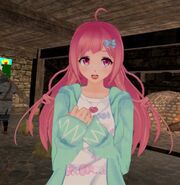 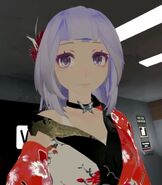 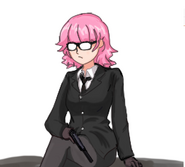 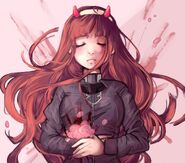 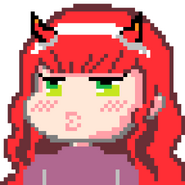 Pixel Mishtal by herself

Chipz and Mishtal by Kaahgome 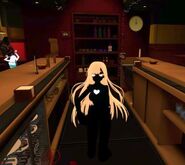 Demon Mishtal is back in The Great Pug, in a way.

Following her revival and possessing a new body
Community content is available under CC-BY-SA unless otherwise noted.
Advertisement