Kak-to was created through a chemical reaction from the waste that pours out of the city. Due to the proximity of where he sprouted, Kak-to’s DNA was combined with the sewage, changing his DNA drastically and transforming him into a humanoid-plant hybrid.

No one has performed experiments on Kak-to to see EXACTLY how the transformation took place, but the basic gist was that it was due to some “bad” sewer water.

Together with Sean Ward and Jorongo Weakblood he's known as one of Rico Suave's goons, the mayor of Scrap Town. 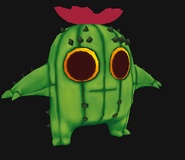 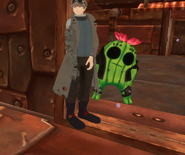 Sheila coughs up fluids on Kak-to 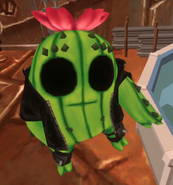 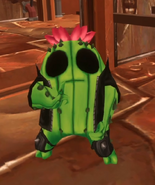 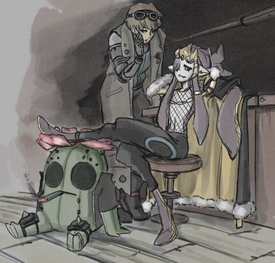 Artwork of Mayor Rico Suave with his goons Kak-To and Sean Ward by BD_bandkanon
Community content is available under CC-BY-SA unless otherwise noted.
Advertisement