Happy Thoughts or "Happy" for short is a fullbody dancer and "comfy streamer" on Twitch. They used to be a mute until doing a voice reveal.

They are known for occasionally visiting The Golden Gator participating in game shows and events.

They were first introduced to The Golden Gator by being invited by Murder Crumpet through her friend Iron$Jew.

"Rob" Roflgator hosted a game-show for Sodapoppin on July 24th 2020 titled "Who wants to mute for a millionaire" with the goal of trying to find Soda his own Personal Mute. The show was judged by Soda, Rob, and Vigor, and featured DustBunny, The Yishai, Yaas, Happy Thoughts, Golly, Aiden, and Knuffle, who all acted and/or danced to try impress the judges. In the end Soda chose Happy Thoughts to be his mute as he was impressed with the way they took his verbal abuse, and the next day Happy Thoughts had a nametag with "Soda's" on her collar.[1]

Since then they have occasionally joined in Roflgator's Mute Adventures and other events.

On Oct 4th 2020 Sodapoppin similar to Roflgator and after his encouragement, created an overlay "mute camera" featuring Happy Thoughts on his Twitch stream while playing games other than VRChat.[2]

On June 14th 2021 Happy did a voice reveal to Sodapoppin and his stream. Although spawning several "copium" memes the overall reaction was very positive.[3] 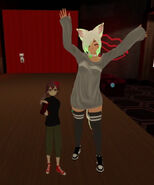 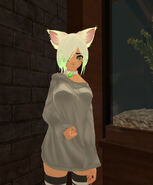 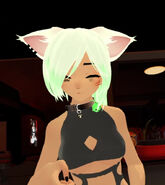 Photoshoot for a mute calendar with "The German Director" (Roache) and Roflgator.

On a Mute adventure with Karynn, Mango, Blu Haze and Firefox Blue, stuck in an elevator. 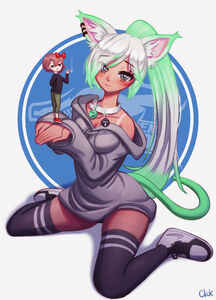 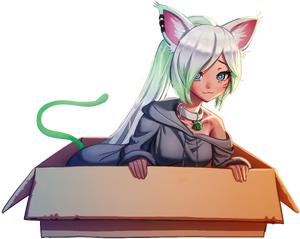