Holly is the current Generalinspekteur of the Waifuwehr. His first appearance was around September of 2017. A friend in the real military told him about VRChat and he tried it out. Since this day he is active but only for his Community and for it's Roleplay activities. He is second in command of the Imperial Waifu Army behind Smauffle. He oversees all Development and Roleplay story arcs to make sure everything is sorted out. He has his Kaiserliche Leibwachen to serve as his Guards.. He always seeks to aid the ones in need, even if it means to put the wishes of others above his own. As he is a Leading Member of a Roleplay Group, he engages in some roleplaying sessions as well. He is a founding member of the Imperial Waifu Army. In the end of December 2017, he found two members of the TIWD jumping around through Worlds recruiting.

The interest in this group grew and he decided to apply for it. However, he signed up for the wrong Community called Band of Waifus where he slowly climbed up the ladder and also became the model creator for a certain amount of time. His last known rank within the BoW was General and he was part of the Board of Directors. After the fall of the original Band of Waifus, some old members and Holly himself decided to rebrand the group which didn't last long due to a name change and complications with some other members. He left all other Waifu Communities where he was part of to go back to his main group the Imperial Waifu Army where he also climbed up the ladder to become the second in Command. He was also the main Model creator. With more and more help of certain members like Armadle he was able to make the roleplay as realistic as possible. It's really hard to find him around during roleplay compared to everyone else who is participating in several events. 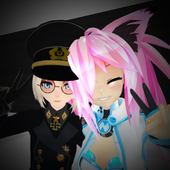 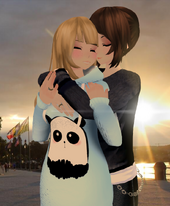 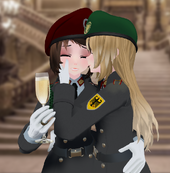