Not to be confused with Rook from Ascension Academy RP.

"That is a banger." ― Rook, commenting on music playing on the PA

"What're the two most inevitable things in life?" ― Rook, ready to dish out his fists

Black
Gregarious Talon Rook is a half-orc barkeep who runs "The Grindstone" bar in Callous Row together with his ward Faye. He cares deeply about her and sees her as his adoptive daughter.

He seldom reveals his full name and to most, he is known simply as "Rook".

In secret he runs a resistance organization named "The Shattered Legion" and is gathering new recruits and allies to fight against the Mega-corporations. He is possibly forming a small rebel army consisting of several teams of mercenaries.

Rook being Arcadum's main-character for Callous Row this page is also used to recap events from a DM:s (Dungeon Master) perspective.

He was a soldier in The War of Unification on the losing side of the union vs the corporations.

During the war Rook almost became a chaplain of The Red Moon, the patron deity of the Orcs where he comes from, but decided against it. Living in the darkness, he felt that he lost faith of the light.

Nearing the end of the war he rescued Faye, who had gotten separated from her parents. Escaping they made their way to Savior City on Corvanis 3 in the Corvanis system and eventually ended up in it's slums - Callous Row. Rook cares for Faye, refers to her as his ward, daughter and considers her his adoptive daughter. Together they run the local bar, The Grindstone.

Below the bar Rook houses his secret base of operations for their rebel organization "The Shattered Legion".

After the quarantine period in the Row mandated by the corporations ended, remaining survivors from whatever disease devastated them try to recover and reacquaint themselves with their new neighbors. Not knowing the exact reason for the lockdown the surviving slummers continue business as usual. Rook continues to cope with his diagnosed PTSD with tormenting flashbacks from The War of Unification as he recruits new members to The Shattered Legion.

As Rook amasses his resistance force they rob corporate owned deliveries and get their hands on a new weapon designed to kill magic users that the corporations were fighting over. As they make the corps job more difficult this unfortunately also opens up to reveal the presence of powerful magic users who happen make their homes in and beneath the slums. Bitter rivals both the Mars Corporation and the Quixote Corporation send armed squads into the row in order to recover the weapon plans by force but end up in an armed conflict on the streets against each-other instead. In the aftermath of the conflict the TALARIS Corporation which focuses specifically on magic jumps in, taking a much more lenient approach by making allies with many slummers and creating a delicate peace for a while. This also creates a divide of sorts - splitting the row into those who are magically inclined in the undercity - and those who make their homes on the streets in the slums.

A meddling scientist from the WOTO Corporation comes investigating to the row but as he discovers The Undercity Grove he gets murdered by Conk and his crew. Sending a large group of armed reinforcements in response, the slummers decide not to put up a fight but it meant that the grove was no longer a secret. In an effort to gain access to the grove and exploit it WOTO threatens Mayor Coach to cut off food and water supplies to the slummers. The corps getting more ingrained with who the trouble makers are in the row start sending hit-men to try and dispatch the leaders forming the resistance. Rook gets a target on his head for a while but manages to keep his head underground. The Nirvana Corporation kidnaps Bo, being a mushroom person native to the grove she's a candidate for experimentation. A rescue operation is launched and she is freed. Quixote sends their own infiltrator to the Row, Lange Pliskin to learn more, when his plans fails he ends up detonating a bomb in the grove.

The mystery surrounding the previous quarantine is later revealed as a new area in The Undercity below the row is explored. Masses of body bags with corpses are found which reveal a mushroom like infection that turned people into mindless zombies. Finding a magical symbol the slummers discover an ancient evil very different compared to the corporations - The Necromancer.

An assassin going by the name Kaiphus The Collector wounds Rook's precious daughter Faye, nearly killing her. In response he goes on a rampage revenge mission but instead he is the one who ends up missing in the effort, possibly killed or kidnapped by Kaiphus. Instead of presuming Rook to be dead Loch and his fellow "cowboys" investigate, following clues and lead a mission onboard a spaceship previously presumed to be destroyed in the war. Onboard the ship they find the same mushroom infected people as from the quarantine zone. Fighting them off they decide to destroy the ship to prevent any further spread and send it on a course into the system star. Before doing so they use the ships long-range scanners to locate Rooks power armor. They learn that he is located somewhere below the undercity, pointing once again towards The Necromancer.

Threatening the existence not just of the row but the rest of Savior City, thanks to the magical powers of Bo - "The Lightbringer" - her magic, the slummers and the magically affined, face up and defeat the necromancer and rescue Rook. The corps and the rich people from the Upper City have many reasons to be thankful for the brave slummers who risked their lives, defeating a threat that they never even knew had existed.[1]

For a more detailed description of most events from Rooks perspective in the first season please see:

Rook and Kee’ra Diamond, the propriety of the Dirty Diamond brothel.

Entering the tent of Viana Kelesni, the fortune teller. 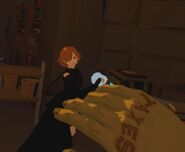 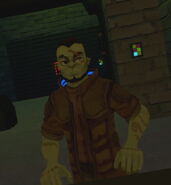 Disarming a fight instigated by Greasepalms towards Celeste. 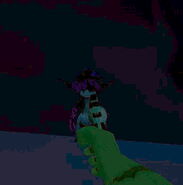 Fandiarius "Plif" Sharborough offers ammunitions, speedloaders and medical supplies in exchange to be apart of a shadowrun mission.

Nash and Plif in the attack. 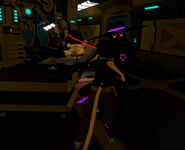 Duncyn loses his shit on one of the Shadowbats who murdered his Jack. 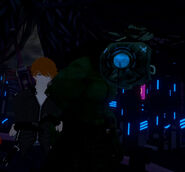 Making fun of Angelina, having lost an arm. 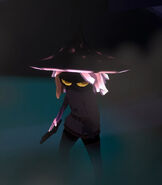 Bo faces the shadow creature and stops it

Oriana dies after being touched by a shadow creature.

Synthetic gathering in the underground of the Row 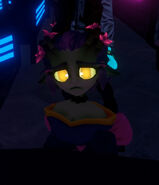 Leilani asks Rook to please save her friend Bo from kidnapping. 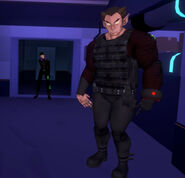 Nia weeps for Cleo, believing her to be dead.

Rook puts his trust in Loch, although he explained he heard a dead man speak and saw visions of his old destroyed ship, The Retribution.