GoldPlatedZombie is a roleplayer who portrays a mysterious bird creature named Amber who lives in a cardboard box on the streets of Bricktown.

First spotted sometime in March 2020 they made their home in a cardboard box outside of The Royal Gator. When Roflgator moved his bar back to Bricktown in the reopening of The Golden Gator 2020 they followed along, making their new home yet again in a box outside.

Spending time with Swifterini on May 13th she named her Amber instead of just referring to her as "bird creature" which she appeared to like.

On June 26th Meech supposedly fed them candy although denying it, since the creature was spotted whimpering sadly similar to a puppy.

On Sept 9th 2020 Roflgator apologized for having used them in a plot to recover ownership of The Crimson Crumpet and told them to hit him in reprisal. He was surprised when she immediately did so, kicking him in the face without any hesitation.

The map contains a wall with photos of supposedly dead people, many notes in the encoded Standard Galactic alphabet[2] and other strange props and secrets. She took them on a guided tour of sorts with her limited available responses. She also spoke something seemingly in reverse but it was difficult to hear. 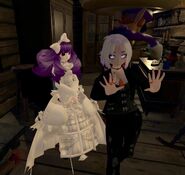 Spotted with Darling before portraying the bird creature

In their box outside of The Royal Gator 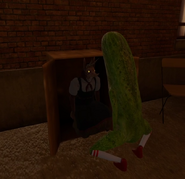 The Box Bird and Vore 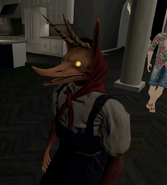 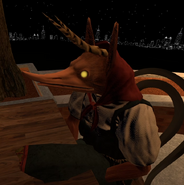 New box after the move to The Golden Gator 2020 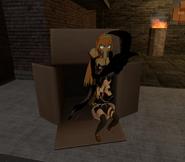 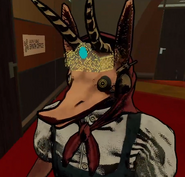 Two posters, poster 1 has text 'Celebrity' is pretty much another term for 'carpenter'. Poster 2 has text "Romanticizing a ghost might hurt you, unless you learn to be yourself 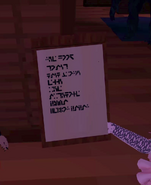 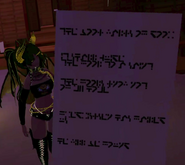 THE BOOK WALK DOOR.. ITS FALL GUIDE, THE FOOL TO A SAINT.. THE FOOLS KNOW NOT, OF MY HOME.. FREDRICKSEN HAS FAILED, US..HE WILL BE FOUND. 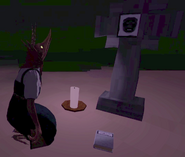 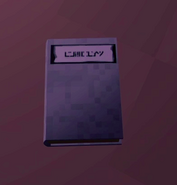