"You are being trained to open the sealed gates of Elysium. To see their false prophets brought to heel... and to serve me..." ― Arcadum, when asked the reason for being brought here

Beneath the depths of Hell

The School of Forbidden Knowledge was a structured roleplaying group in VRChat hosted by Arcadum as the game master (GM) in 2018. As the game master he created the story, setting, scenarios and built the concepts and rules of the world.

WiFiPunk & other currently unnamed map creators assisted in building the world, items and various other assets for the game.

The Headmaster Arcadum runs a twisted type of school where selected students of certain powers find themselves trapped and at his mercy. Here they are gathered and taught lessons and secrets of Forbidden Knowledge. Arcadum's demands are very high and the punishment for failure is usually death. The students find themselves in a difficult position tempted by his knowledge and acceptance while fighting for their own survival when attempting to live up to his demands.

According to Arcadum, his domain where the students find themselves is positioned somewhere deep below the abyss of what others refer to as 'hell'. They are trapped in this place and there are only a few select places they can visit. When the students are not receiving lessons they share living arrangements in dormitories.

Players create their own avatars and build their own characters themselves according to the rules set by Arcadum.

The game is structured into game sessions or lessons (when DM Arcadum is present) where players face different challenges. During the lessons players are allowed react and come up with their own creative solutions to these challenges.

If a player succeeds in a satisfactory manner they may gain certain abilities or items. If they fail a challenge they may gain permanent disadvantages or risk death. If their character dies, they have to create a new character and reapply in order to participate again. In some rare situations previously dead characters can be resurrected.

Between the game sessions when Arcadum is absent players are free to do 'light' roleplay with the other participants without being able to gain new abilities or risk death.

The game features turn-based combat using dice where the participants roll an action and an opposing reaction. Each player is assigned abilities and spells to fit their character by Arcadum.

This is a rough list of current living students attending the school with short descriptions. The first link is the character taking part in the RP, the second link in parentheses is the main character who portrays that character.

Deceased or past students

This is a list of past students who attended the school.

Before splitting into 3 classes

These are short summaries.

The gallery serves as a short intro to what the RP is about. Tune into Arcadums stream or any of the respective players for a first hand view and experience of the game! 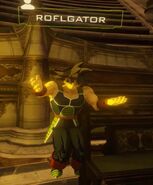 Xander (Roflgator) is killed instantly by Arcadum for asking what he considered a stupid question.

Students of the first day 1

Students of the first day 2

Students of the first day 3

Hobbert is commanded to clean. 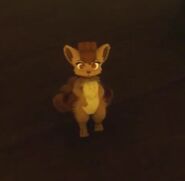 The students are free to roam the library at their own peril. 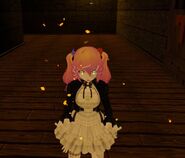 Since Elise (Spazkoga) doesn't need sleep she doesn't get any room. Instead she will be in charge of cleaning the dorms.

Students giving the wrong answers are killed on the spot.

Priscilla Sylvari (Folkona) is saved by Artrius (Beedle Vaughx) closing the book but she looses her arm in the process.

Arcadum is a very harsh teacher.

Students are asked to perform a conjuration rutial

The students listen to Arcadum in the graveyard.

The students sharing dorms with Dixo (Roflgator) feel uneasy by his presence.

Arcadum narrates out of character while using a different avatar. 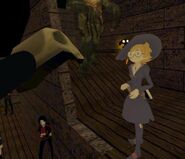 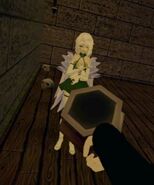 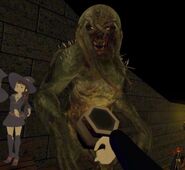 Dixo stealing the books from the other students 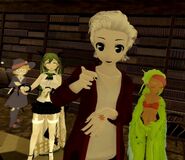 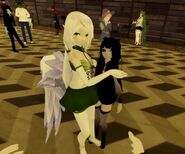 The students listen to Arcadum 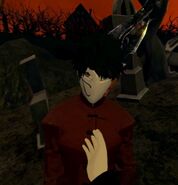 Frank is annoyed people are partying in the library.
Community content is available under CC-BY-SA unless otherwise noted.
Advertisement