"Not in MY SAFE HAVEN!" -Folkona

Zariya (by Kuri and SciFri)

Folkona is a roleplayer and VRChat streamer known to mainly portray her character who is a prototype human originally created by a group of Archangels hundreds of years ago.

For more information regarding Folkona's history, see sections below.

Biography Prior to the Cycles

Folkona was on a date with TumToes when she first visited The Great Pug and met its regulars. She met Chipz serenading the customers and Rob serving and acting as the regular wingman, setting up couples for romance in the bar.

After a challenging relationship involving jealousy and flirting with other people, TumToes cheated with another girl right in front of her and she broke up with him. At the time TumToes was Roflgator's apprentice and as such, he took his side during their arguments while Chipz took her side. After the breakup, she spent more time with Chipz who was also having relationship difficulties with Nuts.

When several crazy women started chasing after Chipz creating their "friend" group she assisted him in daily matters and jokingly earned the title of 'Harem Manager'. After Chipz's "friend group" fell apart she began dating Ad Friendly. As of June 2018, they are no longer dating.

Backstory of Folkona in Cycle 6

The Archangels gave her the function of self thought and granted her powerful abilities. For an inexplicable reason the group of angels threw her body into the Void and left her there.

Some time after, Azreal, having been stuck in the void for an extended period of time eventually found her and used her powers in order to escape from it. It was at this point Azreal threw her back to Earth, where she then goes on to meet Chipz.

Though Folkona is an angelic creation designed to appear human, many humanoid functions are unnecessary for her. She has no need to breath, does not bleed and although she has all organs an ordinary female human would, they are not functional. This leads to her having no heartbeat, among other things.

Vampirism and Cycle 6: The Crossover Events

During her long history alongside Chipz, Folkona is eventually bitten and turned by him into a vampire. Although, Chipz does not remember this due to memory loss. As of Cycle 6, Folkona is no longer a vampire, due to a group including VII, SciFri, Minerva and Kuri performing a ritual to cleanse her body of the curse. 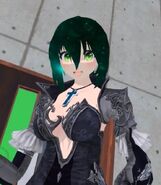 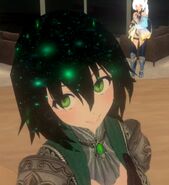 Her new avatar by Drakamon 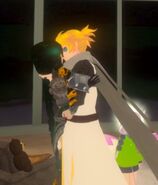 Folkona and SciFri before their engagement was broken.

Chipz learns about Nanoades death from Satchi, SciFri and Folkona.

Satchi and Folkona of The Renegades inform Chipz of Nanoades death. 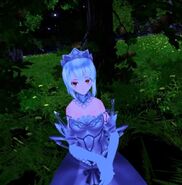 One of Folkonas characters Angelica.

Another of Folkonas characters Melanie.
Community content is available under CC-BY-SA unless otherwise noted.
Advertisement