Many separate adoptive mothers and fathers. Some among them being:

Flynn is a strange yellow blob like creature who lives in the streets outside The Royal Gator.

He speaks in high pitched tones and eats most things that he comes across, trash, refuse, fecal matter and sometimes even living people.

Being a small creature that many find adorable he has a tendency to get adopted.

Regularly showing up at The Royal Gator he made a home of sorts outside. On Jan 15th, 2020 he was fed a couple of "Lolis" by the proprietor Roflgator. Chomping down on the childlike things he swallowed them whole. Since then he's been used as a trash can of sorts to help and dispose of unwanted customers.

He was almost sold to Roache by Roflgator on Jan 24th, who had requested that he bring him an innocent and pure creature. Before he was sold instead Roach was offered SciFri whom he performed some sort of ritual on.

On Jan 29th Flynn was questioned about his past but he responded that he doesn't know where he comes from or even what his own species is.

He was nearly killed by Ell7 on Feb 7th 2020 leaving only a small slime blob remaining. Both of his adoptive fathers SciFri and Meech speculated on how to resurrect him or bring him back. Restoring him by going to a Slime Planet was considered as well as inserting his remains into a butt to incubate him back similar to an egg, but instead a much more morbid solution was used where SciFri choked out Meech to get him into a near death experience and "retrieve him from heaven". If the story is true or crazy claims is unsure, but Flynn did return again somehow a couple of days later.

With the help of Roflgator wing-manning for him he asked multiple women out in public worlds to be his valentines date. After many failures a Chinese girl named Momomomomojiang accepted to be his valentine. Later on the day she sadly stood him up.

On Mar 25th he participated in the "sexiest man of The Royal Gator March edition" but lost to Antonio.

On Mar 30th 2020 through Pokelawls and Roflgator he was introduced to xQc, HasanAbi and Sodapoppin who all caught a liking to the tiny little blob.

On April 10th 2020 he met a large green blob named Krunk who introduced himself as his biological father. The blob explained he had spent 15.000 years trapped on Earth and inquired about feeding on various people and made assorted strange requests. One among them was finding a certain "juicy British zombie p**sy" and find a way back to his home planet Mars.

Being set up on a date with Zombie Ladle Krunk was overjoyed and feeding her food was his happiest day in 12.000 years. Loving the zombie he expressed his urgency of returning home and urged her to follow her along on a rocket. Figuring out someone who could help him luckily Roflgator had claimed to know Elon Musk and he hitched a ride on a Falcon Heavy rocket.

Before departing he said his farewells to Flynn wishing him luck until his future return, once he had built a huge base and mastered an army of slimes to conquer the galaxy. To the shock of the onlookers he promised this was not something that would occur until a 1000 years in the future so they had nothing to worry about. Zombie Ladle later abandoned him and did not following him onboard the rocket.

As his rocket ship departed Flynn was asked how he felt and if he cared about his kind to which he simply answered, "no". As the rocket ascended to the sky the rocket boosters separated successfully until a catastrophic failure occurred. The rocket exploded in the sky.

Reappearing on April 15th 2020 he explained the explosion split him into 500.000 pieces that coalesced together and reformed him.

After Cyr and Ruby argued and seemingly broke up on Sept 5ht he was accused of being one among the many listed who his fiance had cheated on him with. When he was confronted of his possible guilt he proudly announced "OH YEAH!", sealing himself as a "champion". In truth he might just have seized the moment for comical effect.

He was hired to work at The Golden Gator in Sept 2020 to work there as a chef. The following day's he was almost fired for not showing up to work on time but after telling a touching story was rehired. The following days he served up "PogFish" and was tasked to poison Francheska Calzone of the mobster family.

The three states of Flynn

As described from the xQc subreddit.[1]

The Flynn we all know, cute, squishy, smol, slimy, funny.

In this state, Flynn is in about three times his original size and has a deep voice. His intention in this form is to stalk his prey and kill it shortly after. The reason he gets this big is for the sole purpose of easily reaching the victims, while imposing pure fear in their minds.

The embodiment of chaos and despair, an entity that harvest souls to satiate his hunger. Alters reality to his own will. Distant screams of lost souls that can be heard from the sky indicates his arrival and the impending doom and destructionthat will come after. Is also a loyal servant of EL GOBLINO.

Portraying a Frog in the notoriously bad Frog Arc. He croaks in his own way, sounding more like a loud burp. 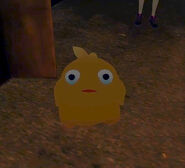 Flynn on the streets of Bricktown 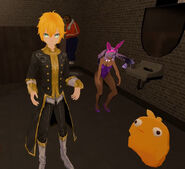 SciFri and Flynn, Uzu in the background. 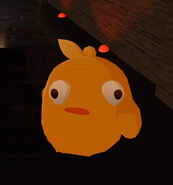 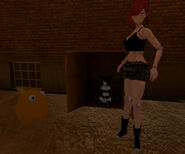 Flynn and AnnaKavanna in the alleys outside The Royal Gator 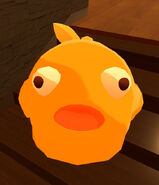 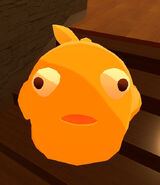 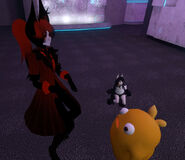 Flynn asks Kelli-Sirra to be his valentine 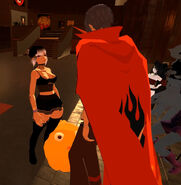 Asking Momomomomojiang to be his valentine. 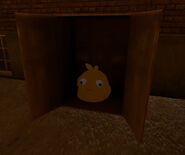 Hiding in a box outside of the bar.

The Dream Team, Haydttt, Meech, Flynn and Rob in The Gay Bar vs The Swamp RP arc

Rob makes a speech at The Swamp bar.

Participating in the "sexiest man of The Royal Gator March edition" 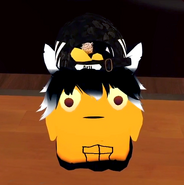 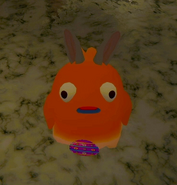 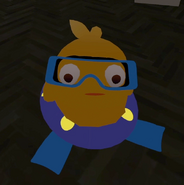 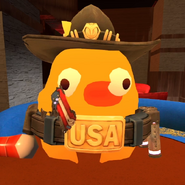 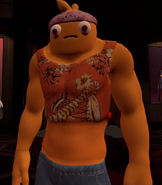 Flynn fitting the theme of being Meechs son 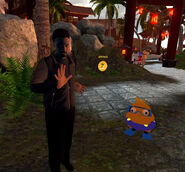 With AnthonyZ at a Neko Beach Festival party hosted by Lanfear 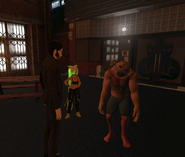 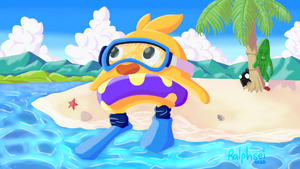 Flynn in scuba gear by Ralphsei. Vore and "EL LIMBOSO" in the background. 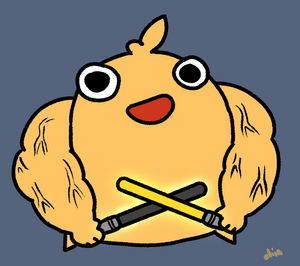 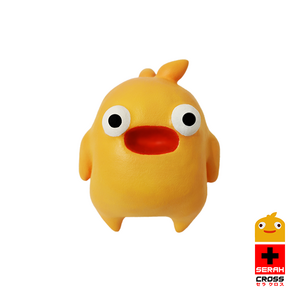 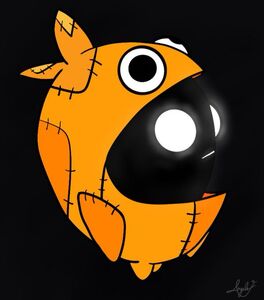 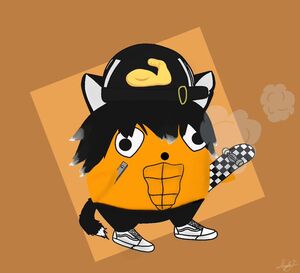 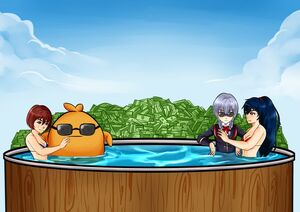 Flynn chilling with Sodapoppin and a couple girls, commissioned by VCTF_ 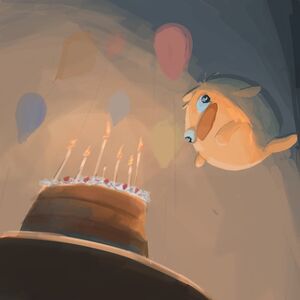 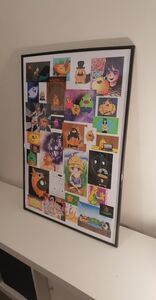 A large collection of flynn fanart assembled by his IRL mother. Source 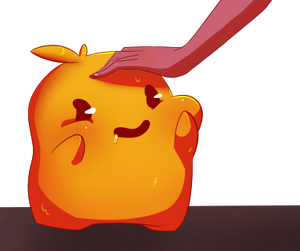 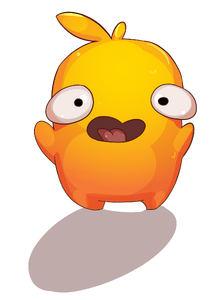 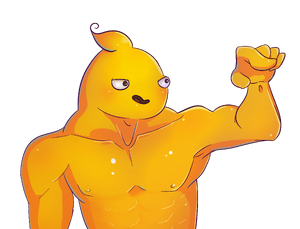