Ellek Myth is a male drow who works as the Chief Jump Gate Engineer for TraVerse Corporation. He grew up as an urchin with his twin sister Eida Myth in the Knowledge District of the Undercity. Many years ago, Ellek and Eida had a falling out over which direction to go in life, both having very different ideas. The next morning, Eida was nowhere to be found, only leaving behind a goodbye letter.

Ellek studied hard and worked his way up his current position, and is still ambitious enough to want to climb further up the corporate ladder, with a secret objective of finding any information on Eida Myth.

TraVerse broken down to its core components: 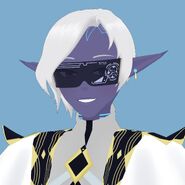 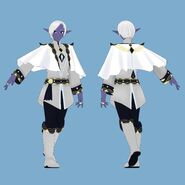 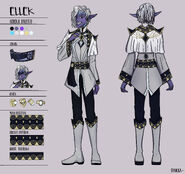 Ellek in a Dirty Diamond Room

Ellek with Vessa and Cleo