The Spitter (per Joey Bagels)

Many adopted children due to Pandaboo

Drek is one of the many content creators on Twitch who plays VRChat. He usually is comedic, just faffing about with his friends.

He is a lovable sack man with simple desires and knows what he wants.

Little is known about the origins of Drek. Drek himself once claimed that he was an 'Elder God' of sorts, predating the Christian God and Satan. He has no known siblings or genetic relatives. He has never elaborated on his relatives or whether other people that appear sack-like are related to him or not.

His physiology is an enigma too. He may appear as a golem of sorts, a burlap that became sentient, warranting the phrase "sack man". However that title is a misnomer, as his "flesh" isn't burlap at all but organic - and very sensitive to pinches and other acute sensations. It's speculated that the bumpy, burlap appearance is a secondary shell of his actual skin, which no one has ever seen.

As a self-proclaimed 'sack man', he doesn't shower in general. In fact, he hadn't showered in six months until Kyana bathed him in Summer 2018 during his so-called "Wachelor" (or "Mamabowl") - a competition between his 'mamas' to see who would become his next Top Mama. The competition was spurred after his divorce from Pandaboo.

It's rumored he gets his "energy" from the saliva he collects from others, which may explain his fixation on having people spit on him, to which he moans and writhes in satisfaction from. That, or it's just his fetish.

Sometime in Spring 2018, Drek would evolve into a parasite. Due to his fondness for the feminine physique, he found an innocent female's body as a host and attached himself to it, feeding and growing off of it.

After organizing and accepting applications from interested players for a week on Discord, Drek would debut a dedicated, improvisational roleplay named "Hotel Derk" (Or "Hotel Drek") - "a roleplay set in a hotel/pub/tavern during my night streams and where you will have a chance to participate in" as per his Discord - on July 29th-July 30th 2018. The RP would serve as a hub for many known VRChat RPers to mingle and get into many shenanigans with. Notable participants have included Arcadum, Roflgator, Vince, Pandaboo, Justaminx, Gurg, and many, MANY others.

"Mamas" and "Papas" are persons of interest in VRChat that Drek sees as personal playthings close friends that he often gets intimate really friendly with whenever he chooses, granting "special access" of sorts between themselves. He treats them as VIPs and rarely spends time with more than one at a time. If you ever become a "Mama" or "Papa" to Drek, expect that he can (and will) join your lobby anytime he chooses and whisk you away to whatever date or adventure he has planned out for that day. WaWa~

On July 1st, 2018, after weeks of dating his mamas, Drek would choose Justaminx as his new "Top Mama". He would marry Minx in-game on July 22nd.

He visited Roflgator at The Black Cat on June 23rd, 2019 and explained he was once again looking for new potential Papas or Mamas.

There he saw S0ra, his past "mama" Kyanas husband who told him that he and Kyana had been dating for over one and a half year. To this Drek noted some possible overlapping at the same time during his and Kyanas past "adventures". To this S0ra tried to alpha up and confront him but he made a bad impression especially when confronted with footage of Dreks and Kyanas time together.

Drek the following day announced that his "main quest" for his new "bowl" was shifted to aiming for getting S0ra instead of Kyana, adding him to his list. He had also caught a fancy for the head dancer UzuriMia. 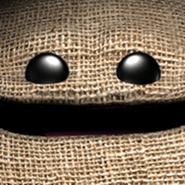 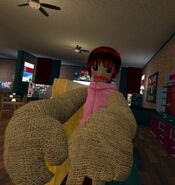 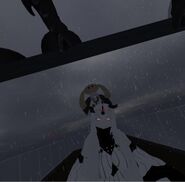 Wild sack men spotted. It is unclear if all sack men are related to eachother 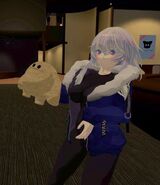 Riding on the head of the past parasitic host.
Community content is available under CC-BY-SA unless otherwise noted.
Advertisement