"I'm going to inflate one of your butt-cheeks so that way, you have to play favorites." ― Duracity (as Crumbster)

DuracityXYZ (formerly known as Crumbster) is probably one of the most vulgar (and hilarious) person on VRChat, usually with a quip to say in response to anything.

Crumbster started out as the bad cop of V.R.P.D., using his intense insults and threats to get people to tell the truth, but ever since then, he started to drift from the V.R.P.D and has begun to hang out with lawbreakers they sought to catch.

Somehow, Oathmeal of all people found common grounds with Duracity and the two hit it off, and Crumbster somehow got engaged with to Neko. A third member was added to the engagement, the adorable kitsune, Shimakaze. Soon, Kohrean was added, and then LilBagel As such, a common way to put the marriage is "The Cat and the Fox got into the Hen House." (This is all RP by the way)

Sadly, due to real life, Crumbster had to leave his position as the true Harem King of VRChat, leaving Oathmeal, Kohrean, Shimakaze and Mysterious to do their own thing.

Crumbster, sadly, has been absent from VRChat, as real life matters are more important. He has since moved out of his family's home and has struck it out on his own. The staff of the wiki, (even ex-staff) wish him the BEST of luck on this journey.

This is the quotes section. I suppose it will take up 89% of the page. 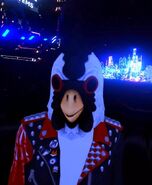 Recent avatar as of June 2nd 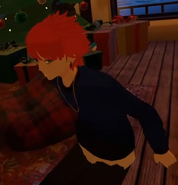 Crumbster when his face healed.
Community content is available under CC-BY-SA unless otherwise noted.
Advertisement