Clayton "Wrench" Brohdey is an Augmented Human working as a Street Samurai. He is a former Synthetic Engineer for the Galactic Union.

After the Starship he was serving aboard was destroyed and the Galactic Union had surrendered, he returned to his home planet without a purpose, passing the years by building his business. But it all came crashing down on him again, as he had to watch it burn to the ground. With almost nothing left after hunting down the ones responsible, a news transmission gave him new purpose once again. Using all of his remaining credits, he made his way to Corvanis 3, searching for anything to do with the old Galactic Union he used to serve. 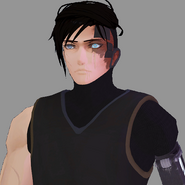 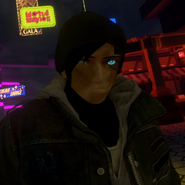 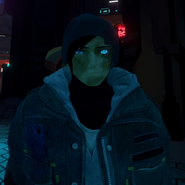 Wrench filthy boy but in a different area 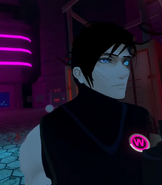 Wrench STRONK
Add a photo to this gallery

Retrieved from "https://vrchat-legends.fandom.com/wiki/Clayton_%22Wrench%22_Brohdey?oldid=96950"
Community content is available under CC-BY-SA unless otherwise noted.