Calliope was born into a relatively well off family, not rich but they certainly weren’t struggling. As a child she didn’t want for much but things got a lot more complicated as her magic manifested. She wasn’t able to do much in the way of spells but it became a much larger problem when her parents' work took a much more active interest. Somehow Masaru learned of her magical abilities and she was “given the opportunity to participate in Masaru head start programs” which took her from her parents early on. Here she did fine in most ways, by and large it was fairly predictable work for Masaru standards. However she was found to excel at runecrafting. From this point on she was put on project after project trying to find marketable applications for rune magic. Some were successful, many were not. But one project stood above the rest, and she has never been more proud and more shameful of that particular project. Today Calliope continues to work on these runecrafting projects for Masaru and is occasionally sent on low risk activities to keep up appearances. (prior to S2)

Soon after Calliope joined the mysterious Black Lodge she ascended the ranks of R&D. She didn't often get along with many of the other employees at the time finding them too cryptic or eccentric. Though she didn't earn many friends in this time she began to come closer to the galactic CEO Damien Masaru who was at the time directly leading the Black Lodge. Some employees come and some leave, even more die, but Calliope held on. She made friends and made even more enemies. In the end it seemed to all pay off because despite those who never got to know her, those who never heard the story she was dying to tell, it was her who ended up at the top. Though she hasn't done much in the last year other than locking herself in the office only to come out on few occasions, Calliope finally steps out into the world once again. 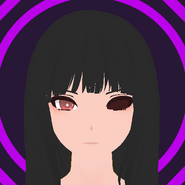 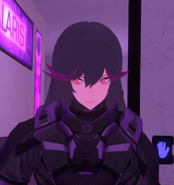