Tiny
Bo is a small mushroom person who works at Fun Guy’s Noodles with her partner Big Conk. Bo is trying to survive as best she can while also dealing with her flaws of stunted growth and narcolepsy. She is middle class living above the noodle shop. She is portrayed by Sketchu.

Bo comes from the underground but was adopted by Conk when she was very little. For some unknown reason, Bo’s growing was suddenly stunted a while ago, including the regeneration of larger injuries. As a result, Bo had not been able to regrow one of her arms back in the beginning.

Dot point history of events for Bo (for now) 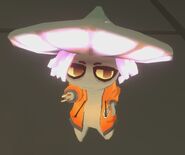 Conk and Bos house in the mushroom grove 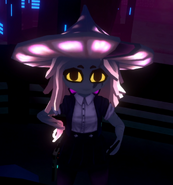 With the other mushroom folk after the capture of Leilani 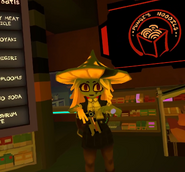 Bo at the Noodle Shop