Owner and Barkeep of the Stray Dog

An annoyingly loud and obnoxious synthetic that can barely keep her bar 'The Stray Dog' running and her sanity safe from the stressors and dangers that lurk in every corner in the world of Neon Divide.[1]

Anna used to be a homeless synthetic wishing to live peacefully among humans in the Wasteland. She is an extremely human like synth, who lived as a human and was told that she was one since her creation.

In her daily life Anna seeks out to help any injured or troubled individual as per her 'instincts' tell her to, and she hopes to one day create a safe haven for troubled or injured people to rest and relax in safety.

A year ago she took over running The Stray Dog bar after its previous owner Pepper Alex Ly died.

These may no longer apply. 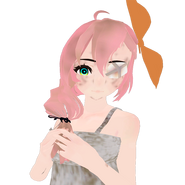 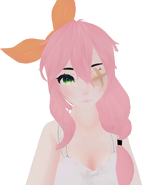 Anna, Hadwyn, and a knife

At the Thunderdome arena with Wit, Jorongo and Sean

Under the influence of the A.I. Titan in his factory 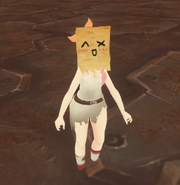 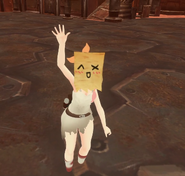 New wheels, no longer "Nubs" other than as a nickname 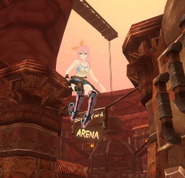