Adventure RP Season One and Two, also known as "The Royals", is a roleplay group created by Kazuki set in a medieval fantasy world where people from various worlds are being pulled into this one for an unknown purpose.

Season one and two are connected to Metaverse RP.

Many have banded together to battle against a dark undead force known as the Crows, under Lord Vier. The mortality rate for characters in Adventure RP is incredibly high, with the fate of characters often left up to dice rolls by the DMs' Twitch Chat using a bot. Kazuki and Mr. Brunswick are the main DMs, supported by a large pool of extras they direct via Discord during RP.

More Need To Be Added

A group of Heroes assembling before a battle. 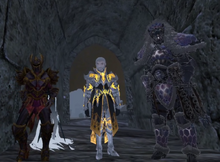 Lord Vier (center) and others.

Whitewolf being asked to hunt bears.

Brunswick meeting Vier after reuniting with the Adventurers. 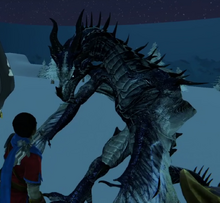 Kuri speaking to a Dragon. 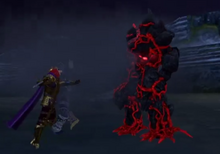