AVALON Corporation, or AVALON Pharmaceuticals is one of the ruling Mega-corporations of the galaxy and is specialized in medicine, chemicals, and other drugs for both recreational and professional use.

On planet Hellion, their HQ is situated in the Upper City section of Salvation City.

AVALON is the prime producer of medical and chemical technology. They have also dipped into chemical weapon production and, of course, human experimentation.

AVALON purchases the services of the various mercenary groups within the galactic sector to protect itself.

The only entity with less morals than AVALON is MASARU, and that by a thin margin.

AVALON is rumored to have invented a cheap and easy-to-use cure-all antibiotic, but it refuses to sell it because it would render itself obsolete.

AVALON learned about the making of the magical health potions that were being developed in The Row. With the knowledge that one of the base ingredients is mushroom juice, they used Rana Amariah to kidnap Bo, a mushroom person. Bo was placed in a lab to be experimented on by Dr Luscious Hambone, prodded by him with different experiments. In a rescue operation planned by Rook, a team consisting of Coach Eric, Fandiarius Sharborough, Felix Dolore, Alexander and Faye managed to rescue her.

Ama Krolia, Dr Emilia Röntgen-Cree, Sallie Lune and Alice Constantine have some pizza to celebrate the promotion of David Walker 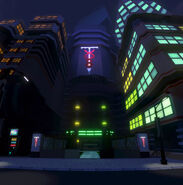